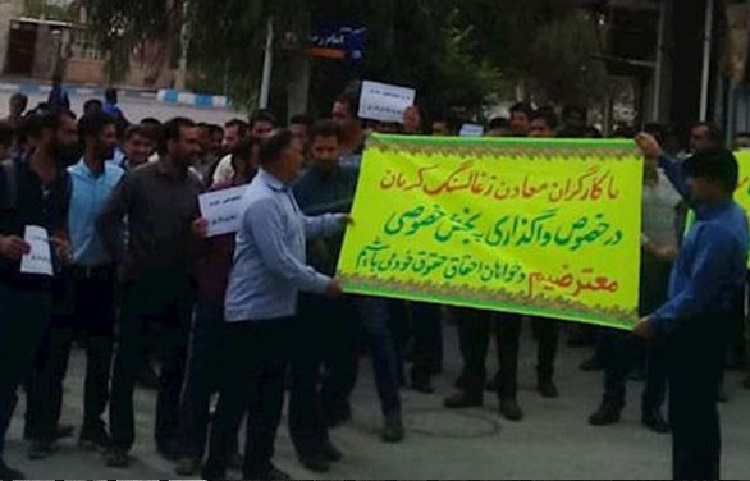 Thousands of Iranians held protests this month, during the country’s coronavirus (COVID-19) crisis, over low or unpaid wages and poor working conditions.

The fact that gatherings would be held at this time is emblematic of the seriousness of the workers’ grievances and the government’s lax attitude towards the outbreak, given that they have sent people back to work.

One protester told Iran News Wire: “I wish I would get COVID–19. Many of us do. Committing suicide is hard but we wish for death every day. What we have isn’t a life. Do you think this is living!?”

This is a massive increase in the strikes that occurred last week, although those were still significant.

On April 14, laid off toll collectors in Qazvin, northwest Iran, gathered outside the Highway Organization to protest their dismissal.

On April 13, fired workers of the Persian Gulf International Transportation Company held a protest outside the Governor’s Office in Islamshahr to demand that their wages and insurance be paid, saying that they have not received their wages since September 2019.

Now, it should be noted here that these mass firings and failure to pay wages, pensions, or benefits are not new in Iran and is not the result of the COVID-19 pandemic, as similar issues may be in other countries right now.

Instead, it is the result of the ayatollahs’ abuse of workers for over 40 years. Workers’ protests over non-payment of wages, low wages, and dire working conditions were a common occurrence in pre-COVID-19 Iran and the government responded by sentencing protesters to prison or lashes for peaceful activism.

Iranian workers can barely make ends meet even when they are paid in full and on time, with one Iranian economist saying that medium to low-income families cannot afford staples like meat, rice, and legumes.

Daily Telegraph: Iran has said it has produced around...