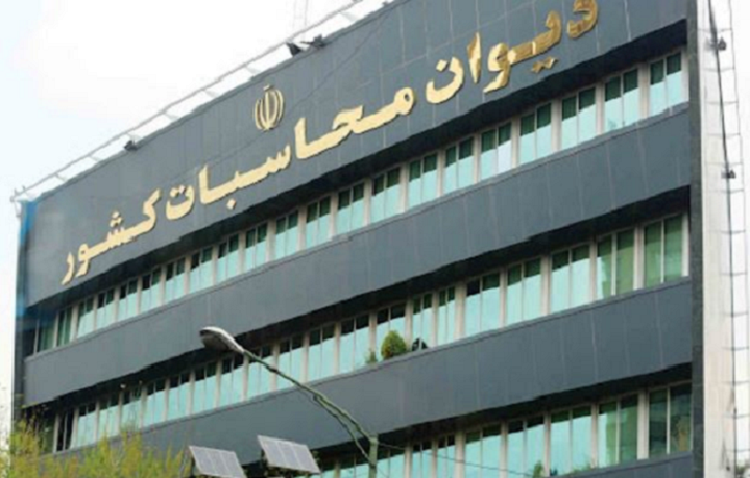 In recent days, the budget settlement law provided by the Supreme Audit Court prompted different reactions in Iran. The report revealed part of the systematic corruption in the entire Islamic Republic and in the Hassan Rouhani administration in particular.

In this respect, President Hassan Rouhani mobilized his allies and appointees like the chief of the Central Bank of Iran (CBI) Abdulnasser Hemmati and the Administration’s spokesman Ali Rabiei to push back the chief auditor. “Unless [the chief auditor] is angry with officials? The Administration’s officials themselves had provided details, so, he should have informed them about the report’s contents,” the T.V. Channel News broadcasted Rouhani’s remarks in the Cabinet’s session on April 15.

The chief auditor Adel Azar also revealed that he had previously sent the confidential budget settlement to the President on February 23. “The budget settlement had confidentially been sent to the dear President with details. He had no doubt about the accuracy of contents or figures before reading in the Parliament? However, he claimed, ‘Everything is 100 percent wrong,’ immediately after public information,” Etedal website quoted Azar as saying on April 20.

In fact, there are many variances in the last year’s budget bills in addition to the missing $5 billion foreign currency. For instance, the report revealed that the Rouhani Administration’s managers received more than $3,300 while the regular payment amount was diagnosed $1,450 in the maximum state.

Also, Azar exposed that there is a 68-percent budget variance in the last year. This amount has obviously been plundered from the national resources to the benefit of influential individuals and entities in the government.

Additionally, there is a 74 percent variance in total privatizations that took place from 2015 to 2018, in which Rouhani was in office. Missing the budget of state-owned companies and many violations in these institutions were mentioned in the budget settlement.

Another part of the report pointed to various types of violations in the government apparatuses under the name of embezzlements and seizure in public and governmental properties. However, the mentioned corruption in the budget settlement is only a small part of institutionalized corruption in the Islamic Republic’s political and economic bodies.

The Iranian supreme leader Ali Khamenei had previously denied organized corruption in the current governing system. “There was systematic corruption in the idolatrous era and the system naturally born corruption. Today, we witness corruption and it is a bad issue, however, we face several corrupt cases, not systematic,” Khamenei.ir website quoted Khamenei as saying on June 8, 2017.

Any kind of corruption can emerge and grow without being supported by political power, according to Khamenei’s ally Alireza Zakani, a former member of the Parliament (Majlis). Therefore, the supreme leader neither can nor is willing to admit to the vast corruption that has swept all sectors of the governing system.

“There is a relationship between all of the corruption cases that have been discovered in the Islamic Republic’s history and a few groups that are linked to political power without exception. Economic corruptions are political in nature,” said Mohammad Fazeli, member of Beheshti University’s science committee, on September 21, 2019.

Additionally, Vice-president Eshaq Jahangiri expressed his concerns over the fate of the government due to the expansion of corruption. “Corruption is eating this revolution like termite and intended to knock it out,” Tabnak website quoted Jahangiri as saying on April 18.

It is worth reminding that the Transparency International Organization annually detected and ranked the Iranian government as one of the most corrupt ruling systems in the world.

In reality, the systematic corruption in Iran is reflected in the public wrath and distrust toward rulers. In 2016, Mohammad Bagher Ghalibaf revealed that four percent of society have monopolized the national wealth and power.

In this context, ordinary people who suffer from extreme poverty and different kinds of social crises have no choice but to protest the ayatollahs who pursue their economic and political interests alone. Given these facts, Iran’s society sits on a volcano and a new round of nationwide protest is predicted.

Iran: A Glance at the Supreme Leader’s Mafia

U.S. says Rice not expecting to meet Iranian and Syrian

Reuters: U.S. Secretary of State Condoleezza Rice does not...

Iran: Sanctions have no impact on economy