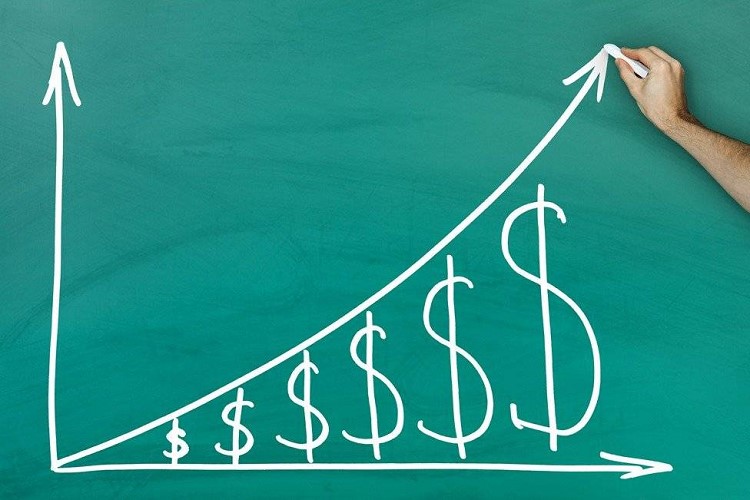 Recently, the Central Bank of Iran (CBI) acknowledged its goal to reduce the inflation rate to 22 percent in the current year. In other words, it intends to reduce the 41-percent inflation, which was announced in March, by 20 percentage points.

In practice, authorities have shown they are on another path, which involves raising the price of gasoline, bread, and eggs, and killing 16 million factory chicks to preserve the chicken price.

Previously, when the inflation rate exceeded 41 percent, the price of the U.S. dollar was 15,000 tomans. Now, the dollar exchange rate has reached over 17,000 tomans and it is still increasing.

However, the question is, has international economic pressure ceased? Are production costs on a downward slope? Have the automobile, housing, gold, and stock markets reached a balance? Have therapeutic costs been reduced amid the prevalence of the coronavirus? What about corrupt sultans, who have strong ties with government institutions, did they refrain from plundering and staller embezzlements?

Moreover, what is the difference between the 41- and 20- percent inflation for many people who have been pushed below the poverty line, let alone those who are under the line of misery? Remarkably, many countries are experiencing negative inflation and goods’ price are going down while the prices in Iran are increasing.

“Now, all industries and businesses have been affected, and the government must have a support program. Aiming for 22-percent inflation is baseless and has no justification. Where did this number come from? Why not 15 percent? Why not 30 percent? These are just numbers. It seems that the government intends to postpone inflation to the future with its devices,” an economic expert Albert Baghzian said Arman-e Melli daily May 27.

The Statistics Center of Iran recently reported a 42 percent inflation rate for essential food and beverages in 2019, which means that vital goods have increased 37 percent compared to last year. In 2018, the inflation rate of the main group of “non-food goods and services” was 31.4 percent.

Additionally, Iran faces massive budget deficits that led the government to raise prices and taxes to compensate for budget deficits. Over 41 years, the ayatollahs always covered a part of their economic problems by printing unsupported banknotes, which is considered a crucial cause of inflation.

Now, Iranian rulers attempt to plunder the people’s assets in addition to the systematic looting of national resources. In this respect, the stock market has become a priority target for authorities to ease their economic problems.

Last year, the Parliamentary Research Center predicted that in 2020, the government would face a budget deficit of $5 billion. The center had also forecasted that there will be around 20-percent inflation (in addition to expected inflation of 2019 and 2020) if the government covered the budget deficit from the CBI. According to its calculations, the research center announced that every $10 billion will lead to a 2.5-percent increase in liquidity,” Tejarat News website wrote on May 21.

A 20-percent Inflation; Dream or Reality?

Bringing inflation below 30 percent is not sustainable in the short term; however, it requires management in other areas of the economy like exchange rate fluctuation, capital market equilibrium, alignment between supply and demand in the macroeconomy, improving trade balance, providing adequate forex for producers, managing budget deficits, and many other variables.

A glimpse shows that none of the mentioned factors are currently stabilizing if we put them separately under a magnifier, according to an economist Vahid Shaghaghi Shahri. In an interview with ILNA news agency on May 26, he said, “The foreign exchange market is volatile due to sanctions and coronavirus. Aligning the country’s monetary trade and non-cash business face trouble due to the recession in the global economy and the drop in the price of oil and its condensate, which made achieving 22-percent inflation tougher.”

Iranian authorities thought they are able to decline inflation with an order alone. They also counted for their devices to affect markets and head the country’s economy to a stable state. However, the parliament’s research displays that Iran’s economic sectors will be smaller in 2020 between 5.7 and 11 percent. As a result, given the coronavirus outbreak, 2.87-5.6 million people will become unemployed.

In this respect, on November 10, 2019, former Chief of the Central Bank of #Iran (CBI) Ebrahim Sheibani explains results of removing four zeros from currency unit in a session with lawmakers.
YouTube link for complete media?https://t.co/fFTcezSe1H pic.twitter.com/l1aOMw7lDb

Iran Deals with a $70-million Liquidity

“More than $70 million of liquidity is being produced daily. The effects of this liquidity are reflected in various markets. This liquidity will cause problems in all sectors if it is not prevented. This year, we have around a 50-percent budget deficit. contrary to other countries, municipalities add the toll on construction, which has made their revenue structure inflationary,” Tasnim news agency quoted member of the Parliament (Majlis) Jafar Qaderi as saying on May 27.

45 Million People Have No Adequate Income

Also, an economist familiar with the labor law and the poverty line explained the dire condition of more than half of Iran’s population in an interview with a media outlet.

“If we pay attention to 14 million working families, it means that 45 million people in the country do not have enough income for a decent life. The cost of the product basket is specified $350 for this year,” said an economist Mohammad Reza Sharifian in an interview with Entekhab website on May 10.

He added, “Workers’ wages are still much lower than the product basket even if employers pay $200 as the minimum wage passed by the Parliament.”

The mentioned facts reveal the current condition of Iran’s society, particularly millions of people who are going below the poverty line despite the ayatollahs’ generous charity for Syrian dictator Bashar al-Assad, Lebanese Hezbollah, and other extremist groups in the Middle East.

In November, the government hiked gasoline prices to ease its economic pressures. The act ignited public ire. In response, authorities cracked down on protesters rather than returning the prices to the previous state. Now, they are sending five shipments of gasoline to their Venezuelan ally.

In this context, as the Iranian people have frequently proved, they will not remain silent in face of mismanagement, corruption, and most importantly, the ayatollahs’ crimes against millions of citizens who have nothing to lose.

The Widening Gap Between Iran’s Rich and Poor

Obama says Iran a year away from nuclear bomb

AFP: US President Barack Obama said in an interview...