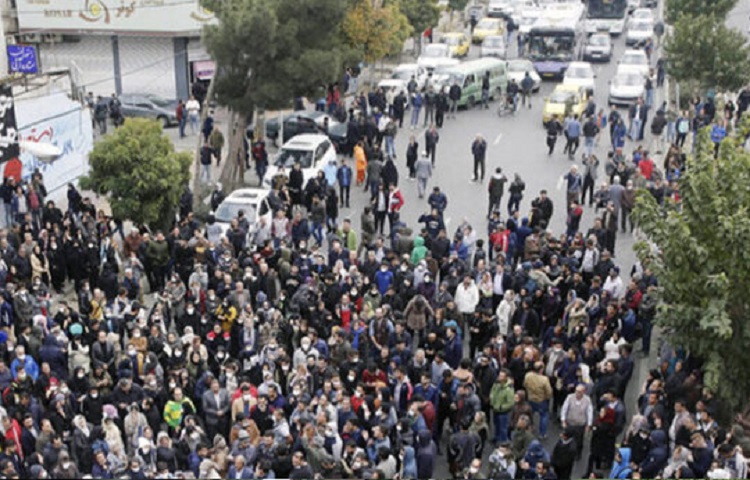 Following the outbreak of the coronavirus in Iran, there have been several riots in prisons over the authorities’ despicable refusal to release prisoners, improve the sanitary conditions of the prison, or provide inmates with medical care.

After coronavirus in Iran, there have been several riots over the deteriorating hygiene condition of prisons in Iran and the authorities’ criminal negligence in not treating prisoners and not releasing them.

But the government has only responded with a vicious crackdown and a leaked confidential memo by the State Security Forces (SSF) to all police stations on April 4, show that there is no indication of a reprieve for prisoners.

The memo calls the prison riots and the protests by their families “hostile and counter-revolutionary”, something that they also say about reporting accurate information about the coronavirus,

The memo read: “Take the necessary and precautionary measures to prevent any disorder and disruptive security issues in prisons.”

This document, according to the Security and Counterterrorism Committee of the National Council of Resistance of Iran (NCRI), shows how “repression, crime, and violations of all humanitarian and international laws” are common in Iranian prisons and that the mullahs fear the Iranian resistance’s twin calls for

There have been at least ten prison riots related to the coronavirus since March 19, with dozens able to escape with help from the public and guards.

However, many more were killed or wounded by the gunfire from the security forces, for merely demanding their right to life.

Those who haven’t died or escaped are likely to be tortured in Iranian prisons. One who escaped but was captured – political prisoner Mostafa Salimi – was executed in Saqqez on April 11.

Kurdistan prosecutor Mohammad Jabbari said: “This prisoner was one of the main planners and leaders in the escape from Saqqez prison on March 27, 2020.”

Maryam Rajavi, the President-elect of the NCRI, has frequently called for an international fact-finding commission to be dispatched to Iranian prisons, to check on prisoners, especially the missing, the injured, and the sick.

Rajavi also urged the families and friends of the prisoners not to ignore this situation and continue their campaign until the prisoners are unconditionally released from prison.

She said that the regime must release them all to save them from coronavirus infection, which would otherwise kill the majority of them.