Over 100 Prisoners Killed in Iran Since January 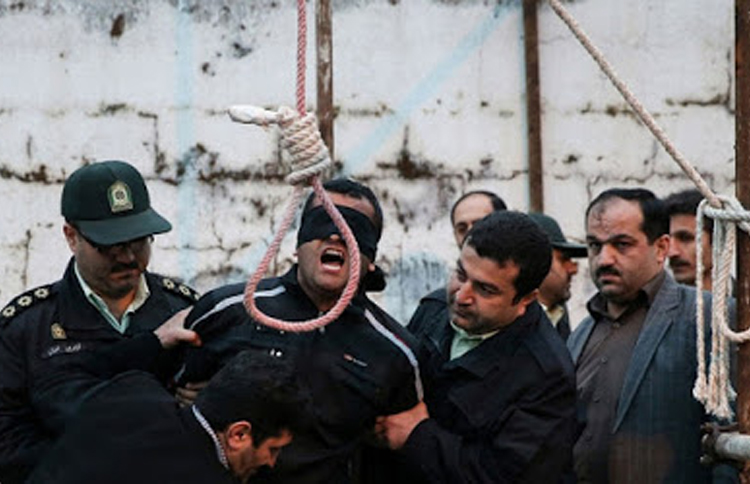 The Iranian government has executed over 100 prisoners since January, according to Iran Human Rights Monitor, with at least 79 executions carried out in secret.

In January 2020, at least two women were executed:

This brought the number of women executed during the presidency of Hassan Rouhani to at least 105.

In April, the mullahs’ killed a juvenile offender, which caused global outrage over the violation of international law against handing down the death penalty to anyone under 18 years of age

Shayan Saeedpour was hanged in the Central Prison of Saqqez, Iranian Kurdistan, for killing someone during a fight when he was just 17, even though he hadn’t meant to kill anyone, had handed himself into police, and was receiving psychiatric care at the time of the murder. He was also sentenced to 80 lashes or drinking alcohol.

Saeedpour had escaped prison on March 27, alongside 80 other inmates, during a protest over the regime’s mishandling of the coronavirus in prisons, but was rearrested and taken to Sanandaj Prison.

There was mass unrest in Iranian prisons and protests at several other prisons during March and April. Juvenile offender Daniel Zeinolabedini, who was also sentenced to death at 17, died in Mahabad prison in Urmia after being placed in solitary confinement and beaten by security officers following a protest in March.

The regime has also executed a number of political prisoners this year.

The father of political prisoner Hedayat Abdollahpour was told on June 10 that his son had been executed 20 days earlier, without his family or his lawyer being told in advance; a clear violation of international and Iranian law. Abdollahpour’s father had made several pleas to the Urmia Justice Department’s verdict implementation unit before he was told the truth.

While Kurdish political prisoner Mostafa Salimi, 53, was hanged in the Central Prison of Saqqez on April 11, following 17 years in prison.

AP: The presidents of Iran and Venezuela, leading U.S....