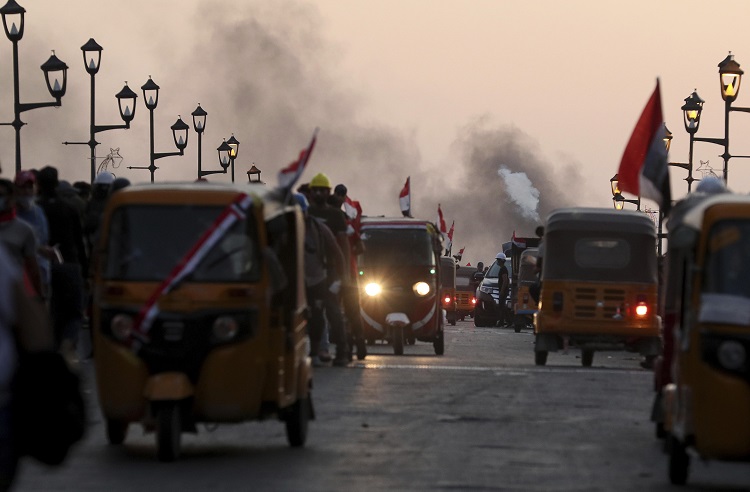 Senior Iranian officials have been shocked by recent developments in Iraq and are now voicing their concerns publicly.

brigadier general Sa’dollah Zarei, who is known for his pro-regime articles, wrote that Iraq is currently facing “dangerous circumstances” with the U.S. military posing the “most important security challenge” through the “immense pressure” they are imposing to keep their troops in place long-term.

In his op-ed for the Kayhan daily, which is known as the mouthpiece of Iranian Supreme Leader Ali Khamenei, Zarei expressed concerns over new Iraqi Prime Minister Mustafa al-Kadhimi. He cited Kadhimi’s appointment to the head of the anti-terrorism police force of Abdolvahab al-Saedi, who is supported by the Americans and the Baathists, as well as the invitation of NATO Secretary-General Jens Stoltenberg to Iraq, and the agreement of more talks between the U.S. and Iraq over a security agreement.

He explained that Shiite groups were reassured in meetings with Kadhimi that the new Prime Minister was committed to conducting talks with their leaders, but that these promises have already lost their sheen.

Back in February, Al-Hurra TV reported that 32,000 Iraqis, including politicians and senior paramilitary commanders, are getting their wages directly from the Iranian government. Many of them have great influence over government bodies and the security forces.

Here are just some of the biggest names:

The report read: “This list is being discussed while the people of Iraq are in the midst of a revolution against the ruling class and the influence of Iran in the government institutions of this country… [essentially] the occupation of Iraq by the mullahs’ regime.”

Protests began in Iraq in October 2019, with the Iraqi people desperate to rid their country of Iranian influence. Iran-backed militias murdered hundreds of protesters in public and many more in their homes.

The documents were first discovered and published by the People’s Mojahedin Organization of Iran (PMOI/MEK) and the National Council of Resistance of Iran (NCRI).

BBC: Polls have closed in Iran's parliamentary elections, after...

U.S. warns citizens not to travel to Iran