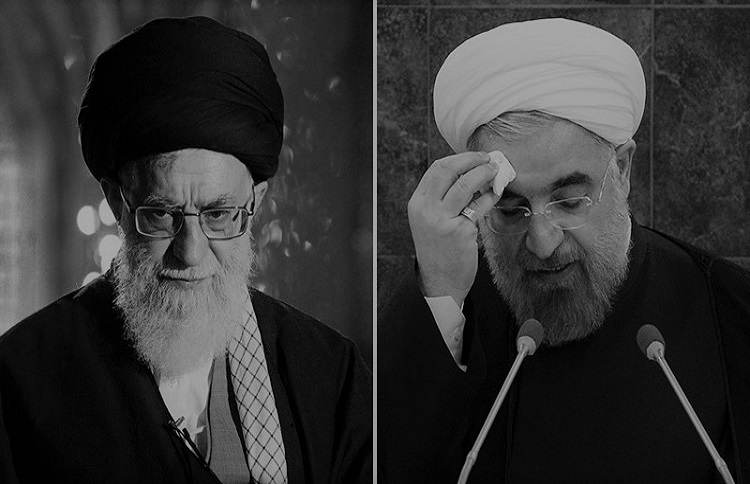 Contrary to the parliament of democratic countries, Iran’s Majlis is a tool for implementing the orders and purposes of the supreme leader Ali Khamenei. It is possible to grasp the nature of this dictatorial institute with a precise glance.

“More than 50 percent of members of the Majles [regardless of their fractions] don’t care about the affairs of the country and run for office to develop their own businesses. They pursue their economic interests,” the state-run Jahan News website quoted so-called prominent reformist Abdollah Nasseri as saying on February 7. However, this remark revealed part of the truth and systematic corruption will be further revealed with a more careful look.

“Regrettably, the majority of MPs in the tenth Majles are representing the administration. They stand up and sit down with the administration’s permission,” the same website quoted pro-Khamenei MP Alireza Salimi as saying.

The Majles in Iran is a formality organ rather than an effective one that possesses authority and it filled with front men for Khamenei. For instance, after the nationwide protests in November, several MPs offered a plan to revoke the gasoline price hike that had triggered the protests. However, Khamenei sent a letter to Majles and deterred any rejection of fuel prices.

“On November 17, the supreme leader frankly announced his support for [raising the gasoline prices]. He warned MPs about objection against the plan through a memo to the parliament speaker,” the state-run Asr-e Iran website quoted disqualified MP Mahmoud Sadeghi on November 24.

Khamenei revealed that he is the sole decision-maker in the regime in addition to showing that the Majles has no permission to adopt any plan or bill without considering Khamenei’s opinion. Meanwhile, the wide disqualification of current MPs by the Khamenei-controlled  Guardian Council has well proven that the Majles is a publicity institute rather than a legislative one.

MP Parvaneh Salahshouri emphasized that the Majles is not an essential organ. She also declared her denounce over the raising of gasoline prices in November by the heads of government branches and mocked the role of the Majles. “This semi-democratic organ has been buried. Shut down the next Majles, it would be an act in ‘resistance economy,’” ILNA news agency quoted Salahshouri’s tweet on November 15.

Regardless of all these arguments, there’s intense competition for parliament seats. In this respect, regime officials reveal new scopes of systematic corruption streaming between various parts of the ruling system.

Approving or disapproving the qualification of nominees has become an object for trade. “I urge you to interfere in brokering issue about the method of approving qualification of nominees to run for the parliamentary elections,” Hamshahri Online website quoted Mahmoud Sadeghi’s letter to the head of the Judiciary system Ebrahim Raisi on February 5.

“In these [parliamentary] elections, brokers have increased the rate of qualification price to 4 billion tomans in several cases,” Sadeghi previously noted in his Twitter account. However, this MP unconsciously admitted that in the past elections, he paid billions of tomans for purchasing his qualification!

Another MP, Nader Ghazipour, also admitted that the Majles steps into the benefit of rich people. “How much tax exemptions? You [MPs] exempt those who should pay taxes under different pretexts. However, you don’t exempt farmers, workers, and those who cannot pay taxes. You legislate in the benefit of whom?” Khaneh-e Mellat news agency quoted Ghazipour as saying on January 14.

In conclusion, the parliament neither has nor can play an independent role within an authoritarian regime. All the government positions are distributed by Khamenei or his appointees to improve the supreme leader’s plan for extending the life of his tyranny.

In such circumstances and while the Iranian people plainly and simply announced their real desire for regime change, the next parliamentary elections are expected to be boycotted by the majority of the society.

On the other hand, the regime has yet to be held accountable for its bloody crimes and crackdown on protesters in November, which resulted in more than 1,500 killed and at least 12,000 detained.

Therefore, the people seem to be eager to demonstrate their desire for overthrowing the regime and establishing a democratic government by non-participation in formality elections on February 21.

UPI: Iran and Gazprom are expected to resume energy...