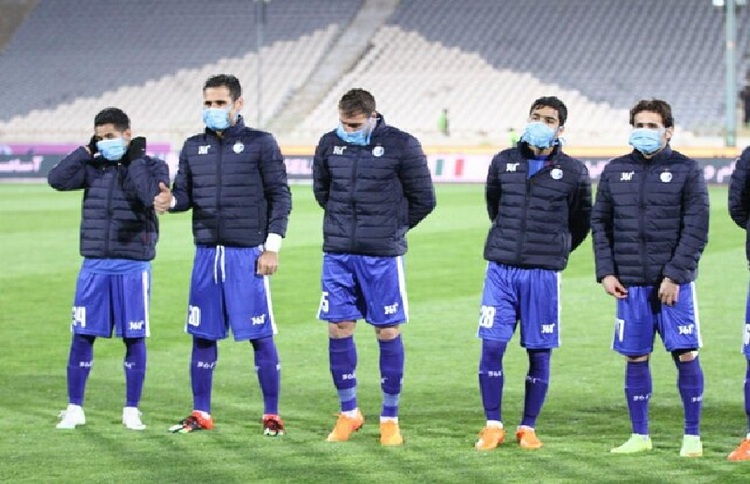 As the coronavirus kills several people every day, the illness is now threatening Iran’s professional sports teams. However, authorities are refusing to adopt preventive measures leading to more infections among other segments of the society.

The government recently announced that 978 individuals have been infected with the virus and 54 cases resulted in death. However, local reports indicate actual figures are much higher than official numbers. Notably, the Iranian government has a notorious report card in concealing the truth. Iranian athletes are merely one part of the society at risk of this virus.

“There are five players in this club with coronavirus symptoms and players must pay the cost of holding league matches with their lives,” Mehdi Toutounchi, head of public relations of the Malavan Anzali football club, said recently. “These players won’t accompany the team in the next match in the city of Ahvaz, southwest Iran. Furthermore, there are two other players with breathing disorders.”

Additionally, in recent days, reports indicate the coronavirus spreading among players of Sepidroud-e Rasht in Gilan province, northern Iran. Club managers told the media that several players have the disease and three of them are in serious condition. “They are probably infected with COVID-19,” they explained.

Earlier, several of Sepidroud’s players fell ill following a match in the city of Babol, northern Iran. Three of them were hospitalized in the Razi Hospital where coronavirus patients are held. In this respect, the Sepidroud club made a request to Iran’s football federation to postpone its scheduled matches. However, the federation rejected their request and insisted on continuing the matches as scheduled.

However, less than three hours afterward, this department issued another statement saying, “All sporting events will continue but behind closed doors.” The statement prompted the anger of Iran’s athletics community. They blamed the government for exposing the athlete’s health and lives to the coronavirus by refusing to suspend professional competitions.

Notably, most countries reporting the coronavirus and taking measures are postponing sporting events to contain the outbreak. In this context, the Italian government has taken severe actions to curb the COVID-19 spread and called off Serie A matches in several cities despite their lower death toll compared to Iran.

On February 27, the Asian Football Confederation stated that Iranian clubs’ matches in the Asian Champions League have been postponed. Previously, football leagues of China and South Korea didn’t designate a date to launch this year’s matches. The Japanese and Kuwaiti governments have also postponed sporting events in order to rein in the COVID-19 spread.

Despite the fact that the World Health Organization said the speed of the coronavirus outbreak in Iran is “worrying,” the regime’s Deputy Minister of Sport Mehdi Alinejad said, “The coronavirus issue is related to the health, treatment, and ‘security’ sectors. We follow the authorities’ opinions.”

Also, on February 24, the state-run YJC website quoted Mehrzad Khalilian, head of the Sports Medicine Federation as saying, “We cannot cancel matches soon, particularly football matches. With regard to other competitions, the related federations will gradually make decisions regarding their conditions.” Remarkably, Khalilian is the spokesperson of the Department on Combatting the Coronavirus in Sports.

Maryam Rajavi: Iranian workers will not achieve rights until regime is overthrown

Iran says no slowdown in its nuclear work

Reuters: Iran denied it had slowed down its nuclear...