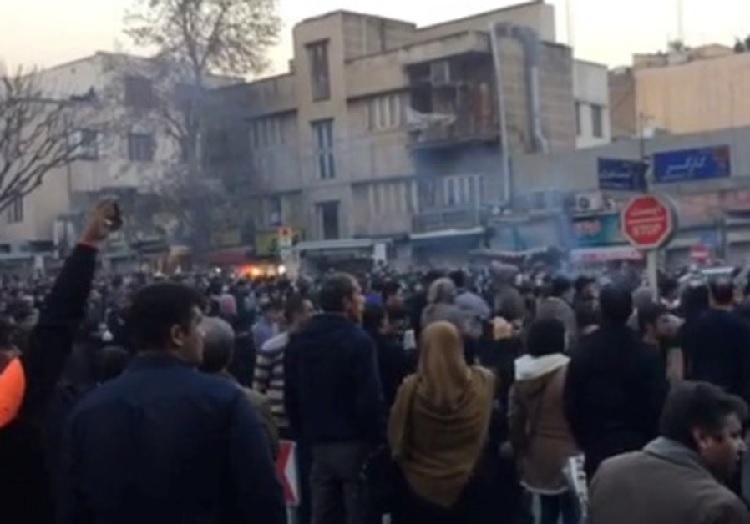 Another uprising in Iran will happen if the government refuses to solve the workers’ crisis, according to an Iranian economist.

Hossein Raghfar told the state-run Jahan-e Sanat daily on Saturday that many workers have incredibly low wages, especially those who are not officially hired by companies, and highlighted that the minimum wage will only pay for about 30% of household expenses.

Raghfar warned that the working class “don’t have access to basic needs” with the minimum wage too low to support a single person, let alone a family, which means that people are eating less.

He argued for the minimum wage to be increased to the poverty line, saying that “incorrect government policies” have “severely aggravated people’s livelihood”.

Raghfar said: “Now with the spread of the coronavirus they have become unemployed and it’s not clear how they provided their basic needs and that of their families… These days are a great tragedy for these people. The government should support them more in this crisis.”

Indeed, as inflation rises in Iran, some 5 million people are now unemployed, mostly in the services, transportation, and construction sectors. Perhaps the worst impact is being felt by Iranian farmers, who are responsible for feeding the country,  who have been protesting over the fact that the prices for their crops are too low and that they cannot afford to feed their animals. (The Iranian government ordered farmers who couldn’t afford to raise chicks for meat to bury them alive, killing millions of animals.)

Raghfar advised that if the authorities do not “make logical decisions” now, but rather continues what it has been doing, then protests, like the November 2019 uprising, “will erupt again, this time more severely”.

The November uprising saw thousands of people pour out onto the streets to demonstrate against the regime, setting fire to government-owned buildings, including banks and security force bases, all over the tripling of fuel prices by the government.

The mullahs launched a violent crackdown, killing at least 1,500 and arresting some 8,000.

Now, this is not the first time that regime insiders have warned that there will be an uprising after the danger of coronavirus has passed. Back in April, 50 economists wrote to President Hassan Rouhani about protests linked to post-coronavirus economic grievances, while an Iranian political sociologist warned of “economic and social collapse” in the country, which would lead to a “super protest movement” that would include the impoverished and the middle classes.