Reuters: The United Arab Emirates central bank governor dismissed on Tuesday reports that Iran may seek payment in dirhams for its oil exports to Europe to get around sanctions, saying the UAE had no time for jokes. 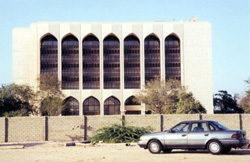 DUBAI, July 20 (Reuters) – The United Arab Emirates central bank governor dismissed on Tuesday reports that Iran may seek payment in dirhams for its oil exports to Europe to get around sanctions, saying the UAE had no time for jokes.

An Iranian official said on Sunday Tehran was discussing internally the idea of switching to dirhams from euros as a possible way to deal with tougher EU sanctions that could block Iranian transactions in the single European currency.

“Is this a joke? We have no time to entertain jokes,” Sultan Nasser al-Suweidi said in a response sent to Reuters by email by his office following a request for comment on the reports.

Analysts say the United Arab Emirates, a U.S. ally and major oil exporter whose ties with Iran are already strained, would likely resist such a change given its wish to avoid being sucked deeper into the dispute over Iran’s nuclear ambitions.

Earlier this month, the UAE ambassador to Washington appeared to suggest that Abu Dhabi would support the U.S. using force to stop Iran’s nuclear programme, although the UAE’s state news agency later said his remarks were taken out of context.

This year has also seen a war of words between the UAE and Iran over three Gulf islands that both countries claim as their territory but which are controlled by Iran. Arab states broadly back the UAE claim to the islands, which lie close to shipping lanes used for oil and gas export.

The dollar is the standard currency for oil trade, but Iran had shifted to the euro for European deals in response to many years of U.S. sanctions against the Islamic Republic.

Last month Europe also toughened its sanctions against Iran in a stepped-up international effort to make Tehran suspend a nuclear programme which the West suspects is secretly designed to develop atomic bombs. Iran says it seeks only civilian energy from its uranium enrichment process. (Editing by Jon Loades-Carter)

AP: Israel and the US disagree on what would...

By Pooya Stone Britain, France and Germany have accused...