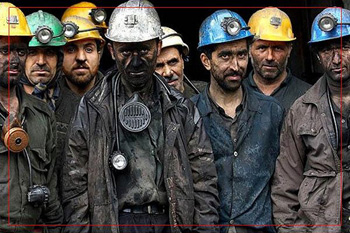 TEHRAN — After suppressing the political protests that followed last year’s disputed presidential election, Iran’s security forces are now on the alert for a new kind of domestic threat — strikes and civil unrest provoked by planned cuts in fuel subsidies.

Top police officials have issued a series of warnings this month against the threat of an overflow of tensions following the cuts, which some fear could set off a chain reaction of price increases and economic hardships in a country already stricken by high inflation and widespread unemployment.

“The freeing up of prices has created worries in society, and this is of great importance to us,” the police chief for Tehran, Hossein Sajednia, told union and guild leaders on Thursday, insisting that security was essential for economic prosperity.

The language Mr. Sajednia and other officials used echoed the warnings of sinister foreign plots the government raised when it crushed the cries of fraud and protests after President Mahmoud Ahmadinejad was re-elected in June 2009.

The warnings also suggested an effort by the government to blame foreign adversaries and domestic collaborators for Iran’s economic problems.

“The enemy is lying in wait to create problems,” Mr. Sajednia said in comments published by the ISNA news agency. “We must not give them opportunities to hurt the revolution.”

Mr. Sajednia was the latest top security official within days to directly address the possibility that worsening economic conditions could spill over into civic anger.

“With economic pressure they intend to push the country toward chaos, riots and insecurity, and want to bring about civil disobedience,” another senior Tehran police commander, Ismael Ahmadi-Moghaddam, said in a speech at Friday Prayer in Tehran this month. “The police are completely aware of the nature of this conspiracy,” Mr. Ahmadi-Moghaddam told worshipers.

The move was seen as part of a tightening of money flowing to and from Iran in line with international sanctions against the country’s nuclear program, which Western nations fear could be a front for the pursuit of nuclear weapons.

The currency restriction plunged Iran’s own foreign exchange market into trouble as traders sought to sell holdings of the rial, the national currency, anticipating it would fall in value. At the peak of the problem, Tehran traders reportedly skirmished with the police outside Iran’s Central Bank, protesting its initial refusal to trade rials for dollars and other foreign currencies.

The Central Bank has since eased some restrictions but still limits exchanges of rial to the equivalent of $2,000.

Unrest in currency markets coincided with a strike by gold traders at the Tehran bazaar and in a number of cities across the country in reaction to plans to introduce a 3 percent tax on gold transactions. Iran’s influential bazaar merchants have expressed fear that such a tax could herald further government skimming of their profits.

It was the second time this year that bazaar merchants have gone on strike to protest an administration intent on reducing dependence on oil money for government revenue.

In July, large parts of the Tehran bazaar went on strike for 12 days in protest of proposed income-tax increases. Web sites close to Iran’s political opposition reported that a well-known textile merchant was killed when pro-government paramilitaries raided the bazaar demanding that shopkeepers reopen for business.

In a sign that Iranian authorities would take a more measured yet still decisive approach to possible disturbances, last Thursday, Tehran’s chief prosecutor said the judiciary would prosecute those who “disturb public order” by closing the bazaar or engaging in speculation. His comments echoed an earlier warning from the Tehran provincial governor, Morteza Tamadon, that the government would be tough on merchants trying to pass on price increases to consumers.

“If prices increase, this can only be due to taking unfair advantage and psychological warfare,” Mr. Tamadon said in comments published on Fars News on Wednesday. “This has nothing to do with reforming price controls or plans to ‘targetize’ subsidies. There are some who have disrupted the feelings in the bazaar and are taking advantage.”

Reforming Iran’s vast and inefficient subsidies system has been the stated objective of successive administrations since the end of the Iran-Iraq war in 1988, but it remains an extremely delicate subject because average Iranians have come to rely on the subsidies.

Price supports amount to $4,000 per family per year, according to a recent report by the International Monetary Fund.

Officials have maintained a wary silence about the exact dates when the subsidies will be eliminated and the likely price levels of formerly subsidized goods. Officials have, over the past several days, announced large-scale stockpiling of essential food products, which, it is hoped, the government will be able to distribute in the event of sudden price increases. Low-income consumers have been promised coupons for cooking oil and rice in a further move intended to allay fears.

But cash reimbursements intended to compensate families faced with higher prices have not yet been made, despite assurances late last month that such reimbursements would be credited to bank accounts well before the onset of price increases. Iranian press reports have estimated that the value of these payments could be as little as $24 per month, meaning that a family of four would receive less than one-third of the government help provided under the current subsidy regime.

I.M.F. analysts say that energy prices could shoot up 4 to 20 times current levels as a result of removing price supports. Government critics have expressed fears that such a “price shock” could reignite inflation which, according to Iran’s Central Bank, fell below 10 percent in May after spending years in double digits.

On Thursday, a labor leader in the unemployment-ravaged western Iranian province of Hamedan warned of protests if the government did not improve the situation of workers in anticipation of the removal of subsidies.

In recent months, Web sites close to Iran’s political opposition have periodically reported isolated industrial action by workers who have remained unpaid over the course of months.

“Given that the implementation of this plan will definitely lead to higher prices, we expect the government to support workers and families,” Ahmad Mabudi, the labor leader, a senior official in the Hamedan Islamic Labor Council, told a group of workers’ representatives in comments published by the ILNA news agency.

“The opinions of the workers need to be taken into account otherwise we will see large protests by workers around the country,” Mr. Mabudi said.