AFP: Iran has again put off for a month plans to increase petrol prices by removing subsidies, which had been set to come into effect at the end of September, a senior official said on Wednesday. 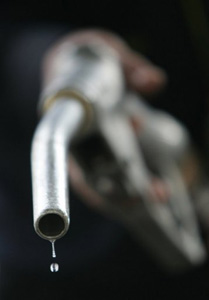 TEHRAN (AFP) — Iran has again put off for a month plans to increase petrol prices by removing subsidies, which had been set to come into effect at the end of September, a senior official said on Wednesday.

Motorists will continue to receive a monthly quota of 60 litres (13 gallons) of petrol at subsidised prices of about 10 US cents (7.1 euro cents) a litre until November 21, Mohammad Royanian, who heads Iran’s Fuel and Transport Management Organisation, was quoted as saying by Mehr news agency.

Over the same period, the government will also continue to provide petrol at a “semi-subsidised” price of 40 cents a litre to consumers exceeding their quotas.

The government has yet to unveil the details of its plan to scrap fuel subsidies amid speculation by the press about eventual prices.

The government had planned to phase out subsidies from late September on energy, utilities and some basic food products that, according to official estimates, cost state coffers around 100 billion dollars (77 billion euros) annually.

Iran’s vital energy sector, and petrol imports in particular, were the target of unilateral punitive measures by the European Union and the United States that followed a fourth set of UN sanctions imposed against Tehran in June over its controversial nuclear programme.

Part of Iran’s ruling conservative camp has repeatedly expressed concern over the plan to cut subsidies, saying it would further stoke inflation at a time when the economy is already reeling under high inflation and unemployment.

Parliament had attempted to delay and limit the implementation of the measure by challenging the government’s sole authority to decide how to distribute among the poor the savings generated from scrapping the subsidies.

Meanwhile, officials have said some 60.5 million people out of a population of 74 million will received 810,000 rials (74 dollars) each.

Early last month, the main auditing body criticised the plan to scrap subsidies, warning that implementing such a “dangerous” reform might “result in severe political disputes in the country.”

The government also intends to scrap subsidies on natural gas, which most Iranians depend on for cooking and heating, as well as electricity, but the new prices are still not known.