Bloomberg: Iran banned investors from trading on foreign exchanges in a move the Central Bank said was aimed at protecting Iranians from the risk of “fraud.” 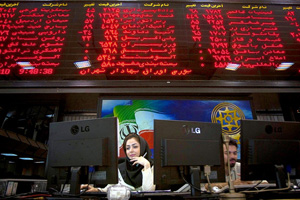 Iran banned investors from trading on foreign exchanges in a move the Central Bank said was aimed at protecting Iranians from the risk of “fraud.”

“The activities of individuals or legal entities who introduce themselves as being active in foreign exchanges and encourage Iranians throughout the country to invest with the claim of earning huge profits is illegal,” Iran’s Securities and Exchange Organisation said on its news website. “There are no legal foreign traders active in our country and no entity holds a permit for activities in foreign exchanges.”

Iran, entangled in a conflict with Western countries over its nuclear program, is under international sanctions which restrict financial transactions with the country. This had led Iranian private investors to seek the help of intermediaries for trading on foreign exchanges.

Some companies and institutions seek to attract domestic investors through setting up representations, Iran’s Central Bank Governor Mahmoud Bahmani said in a report published today by the state-run Fars news agency. “This sometimes leads to fraud and considerable losses.”

Reuters: Negotiations over Iran's nuclear enrichment activities would be...