Reuters: Iran signed a deal reportedly worth up to $1 billion with Russia’s Tatneft on Sunday to develop an oil field, a rare example of new foreign investment into the oil and gas sector of a country under ever tighter economic sanctions. 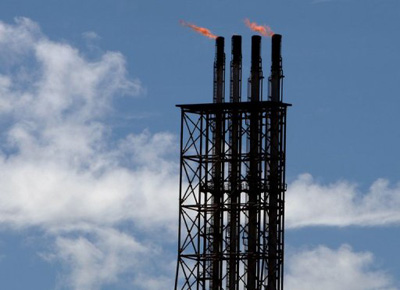 TEHRAN, Dec 18 (Reuters) – Iran signed a deal reportedly worth up to $1 billion with Russia’s Tatneft on Sunday to develop an oil field, a rare example of new foreign investment into the oil and gas sector of a country under ever tighter economic sanctions.

Oil Ministry website SHANA said the development at the Zagheh oil field, on the Gulf coast of Bushehr province, would produce 7,000 barrels per day (bpd) in its first phase, growing to 55,000 barrels in a second phase of the contract.

“This private company is one of the world’s reputable companies working in extraction of heavy oil which is why we wanted to use its experiences,” Oil Minister Rostam Qasemi was quoted as saying by the semi-official Mehr news agency.

Qasemi declined to comment on the value of the contract, saying it would be revealed after two months when the technical details were finalised.

However, Naji Sadouni, the director of the state Petroleum Engineering and Development Co., who signed the memorandum of understanding with his Russian counterpart, said the value of the contract was around $1 billion.

“The oil field will start production within 24 months and its full production will be in 54 months,” Mehr quoted Sadouni as saying.

The president of the southern Russian republic of Tatarstan, the home of Tatneft, in Tehran for the signing, also visited Iran’s giant South Pars gas field and said he hoped for further economic cooperation with Iran.

“The diversity of projects in South Pars is unbelievable … I hope that in future Tatarstan becomes a place for comprehensive Iran-Russia cooperation,” Rustam Minnikhanov told the official IRNA news agency.

Iran has been hit by international sanctions over its nuclear programme which the West suspects might be aimed at making bombs.

Tehran denies the charge. Many Western companies have pulled out of Iran and few companies from elsewhere have shown enthusiasm to take their place.

Russia has criticised new U.S. sanctions targeting Iran’s financial and energy sectors as “unacceptable” and said they would damage any chances of renewing negotiations with Tehran over its nuclear programme.

But there are few signs Russian investors are rushing to replace Western ones. Iran said in October that it had “excluded” Gazprom from Azar, a major on-shore oil field for what it said was a failing to live up to its undertakings. (Writing by Ramin Mostafavi; Editing by Jon Loades-Carter)