Why the Iranian Economy Has Plunged Into Recession Despite the Lifting of Sanctions? 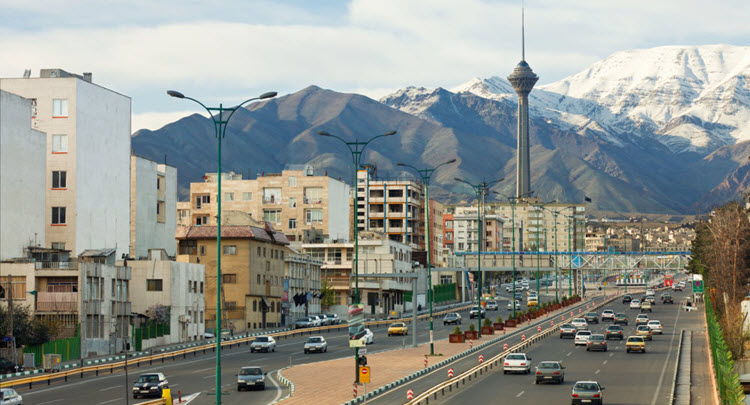 London, 8 Dec – The Iranian Resistance has provided an in-depth look into why the Iranian economy has plunged into recession despite the lifting of sanctions.

Since the nuclear deal was signed, export restrictions against Iran were lifted and international bank transfers have been allowed and yet the Iranian recession has deepened. One factor is the decrease in oil price, which has reduced the country’s revenue but that may be the least of the problems facing Iran’s economy.

The National Council of Resistance of Iran (NCRI) has separated the problems into two categories: The domination of the Guardianship of the Islamic Jurist and the power struggle.

In June, Iran’s Foreign Affairs Ministry sent a report to Parliament regarding the implementation of the nuclear deal in which it stated that the biggest problem in Iran is the lack of security and stability.

It read: “The biggest challenges and problems that The Iran Deal’s Joint Comprehensive Plan of Action (JCPOA) faces is the creation of an atmosphere of confidence and assurance for the foreign parties. The confidence in the interactions and the atmosphere is the most important factor in calculating the costs and benefits of the trading enterprises that are dealing with Iran.”

It continued: “If a trading enterprise figures out that the market does not provide a secure environment for investment, doing business or any other economic interactions, undoubtedly neither does it make an investment nor transfers the technology, and will not engage in big investment projects. In the turbulent situation of Middle East, and in an atmosphere of uncertainty over the commitment of all parties to Iran Deal it is typical that many trading enterprises react hesitantly.”

The domination of the Guardianship of the Islamic Jurist

There is a lack of transparency and openness regarding who owns Iranian companies and a surplus in “unpredictable” interference from the Iranian Regime in the economy, according to the economic consulting firm Control Risks.

The most significant internecine from the Regime comes from the Guardianship of the Islamic Jurist (GIJ), which have seized most of Iran’s economy. The GIJ consists of:

• the Basij (a paramilitary volunteer militia)

• the Setad (which seize property from Iranian citizens to sell on)

They are the main funding for the military operations in Syria, Iraq, and Lebanon and security controls in Iran.

Pierre Fabiani, the former head of “Total” in Iran and the current vice president of GEP-AFTP (French association of companies and professionals in O&G) said: “I would recommend to all our companies to investigate thoroughly if the potential Iranian partners are affiliated with the Iranian Revolutionary Guards Corps (IRGC) or not and if so, they should withdraw any partnership with them.”

A French envoy, quoted in Le Monde, said: “There are no significant companies in Iran except those which are controlled by the Iranian Revolutionary Guards and Religious foundations.”

According to the NCRI, there has been a power vacuum in Iran, ever since the death of the first Supreme Leader, Ayatollah Khamenei in 1988. The unstable political situation has led to an unstable economy and the forthcoming Presidential Election is not helping matters.

Indeed the warring factions have led to senior Iranian figures being paid hundreds of thousands of dollars; corruption and infighting go together well.

The director of Iran’s largest bank and brother of Iranian President Hassan Rouhani was given life imprisonment by the Revolutionary Court after a salary scandal.

There is also an ongoing war over oil contracts between the military and the government.

The military believes that the new contracts ignore “national security” while the Minister of Petroleum, Bijan Zangeneh accuses his opponents of being worried about losing their own benefits.

After Zangeneh’s appointment, he dismissed most managers and directors, appointing people close to him instead. The dispute reached the point where Zangeneh said he would resign at the end of the current government.

He conceded slightly by appointing a senior IRGC commander, Rostam Ghasemi to the agency. However, the government dismissed him in February as he was actively stalling oil contracts.

In June, Rouhani gave another concession to the IRGC by handing over 50 development projects to Khatam Brigade.

As the world acknowledged the International Day for Natural...

AFP: Syria is committed to its key regional ally Iran...