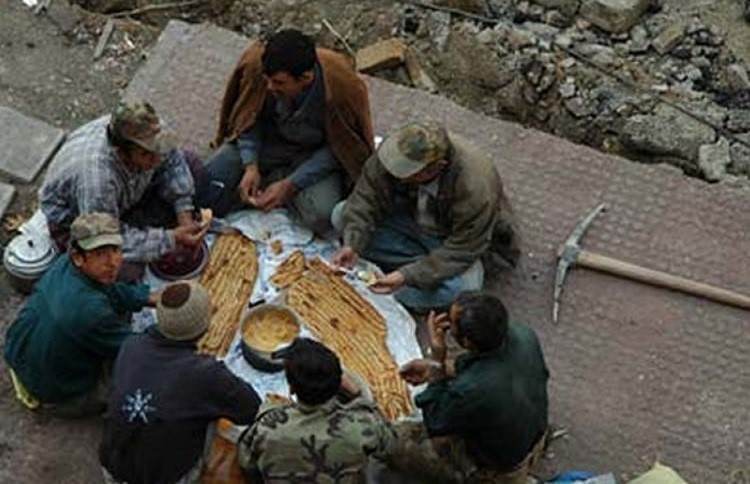 Today, there are many analyses, assessments, and predictions about what will happen to politics, economics, society, and culture in the post-Corona world.

And will the world change so much that it can no longer be compared to its past? From now on, the future of the miserable economic situation of millions of deprived people can be seen in the aftermath of the Corona in Iran.

Rent weight in the cost basket of the poor people

One of the indicators for assessing the situation of the lower classes of Iranian society is the amount of money they pay for rent. The share of housing during this period has averaged 35 to 37 percent of the household’s livelihood basket, indicating the high pressure on these low-income groups.

This forced them to move to the outskirts of the city and away from their workplaces and activities, forcing them to pay extra for transportation. Many of the protesters of the November 2019 uprising were residents of these cities and neighboring towns of Tehran, who were expelled long ago due to their inability to pay for housing in the capital.

Now, if the rent and transportation prices have gone higher since the outbreak of the coronavirus, it is possible to accurately guess the hardships facing millions of Iranians.

The share of food in the household livelihood basket before Corona

The other part of the devastating costs of Iran’s poorer classes, which the regime’s president Hassan Rouhani admits makeup 60 percent of society, is the cost of food. According to the advisor of the Supreme Labor Council of the regime, the share of food is about 1.52 million Tomans and the share of housing is 1.7 million Tomans.

The total of these two figures is more than 3.2 million Tomans, which is much more than the minimum wage of workers in 2020.

Let’s imagine that the Mahan Air flights to China did not take place and that the coronavirus did not enter Iran, and that workers and other poor people did not lose their family members to this imported disaster, or they had not borne the exorbitant costs of medicine and treatment (if there is any cure), or they had not become unemployed and poorer due to the failure of enterprises and production and service centers, and they continue their life like before the corona in poverty.

But now they are informed by the regime’s president that because of the coronavirus their poverty will increase, and they must endure until a miracle takes place. While before the coronavirus era, Rouhani analyzed the people’s situation behind his tinted car windows and said, “The people are happy and smiley”, and now dismayed the people and said, “you see nothing yet”, the era after corona, is so scary that your situation today is like a dream.

Gholam-Ali Jafarzadeh-Iman-Abadi, head of the hardliners in the regime’s parliament, warns that Iran will have ‘horrible’ conditions in the post-corona era with a sharp rise in unemployment and inflation and said: “We have to consider the conditions of the government and the country, we are a country with a weak economy, and we have to strike a balance between health and the economy, and we have to move between the two in such a way that our economy does not collapse.” (ILNA, 18 April)

Jafarzadeh adds: “Our sick economy’s fever will rise, and we will face a severe economic fever.”

The worst economic recession of the century

But the confessions of the regime’s officials are just a glimpse of the disastrous economic situation in Iran.

In its World Economic Outlook report published in October, the IMF said Iran’s economy would contract 9.5% this year.

The number makes 2019 one of the worst years for Iran’s economy since 1984. Only Libya (with a 19% GDP contraction) and Venezuela (35% GDP contraction) were expected to perform worse economically in 2019. In an economic update on Iran published on October 9, the World Bank came up with a similar figure of 8.7% contraction for the Iranian economy.

The World Bank said the expected deterioration in growth means that by the end of 2019, Iran’s economy would be 10% smaller than what it was two years ago.

Although the IMF and the World Bank predict between 0 and 0.5% growth in 2020, this is starting from a much smaller base. The IMF report from October 2019 shows skyrocketing inflation rates in Iran of 35.7%, meaning that the average price of consumer goods over the past year has increased by that percentage. The World Bank said that these increases have “disproportionately affected the rural population” and are especially high for food items.

The current world has entered an unprecedented period of stagnation with the arrival of the coronavirus, and the rich and the poor have all been exposed to this uninvited guest.

From now on, every country and government will try to provide the best and most deserving for its nation, to stand at the top of the hill. But there are governments that neither want nor can participate in such a competition.

The Velayat-e-Faqih regime in Iran is a unique example of the fact that before the coronavirus was spread out, it put the Iranian nation in poverty, war, destruction, and devastation for forty years and left a black record.

Arab states call for an end to Iran’s intrusions

State held the 134th session of the GCC Ministerial...