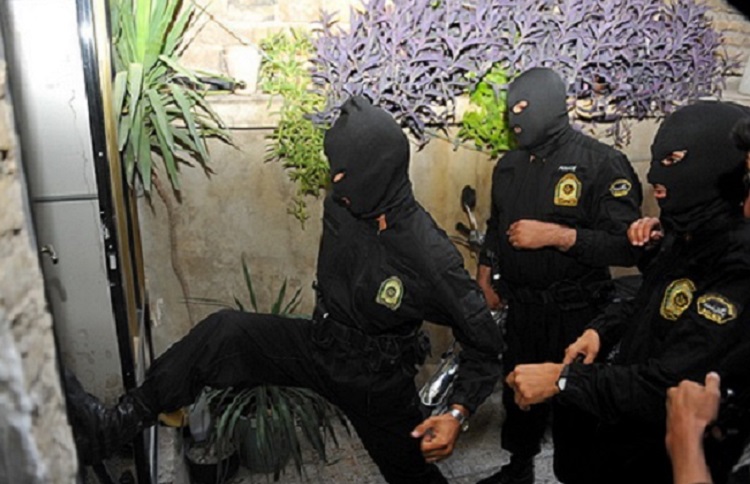 The Iranian security forces raided three mixed-gender parties in Sari, north Iran, on August 29 and 30, which was the weekend in Iran, and arrested 35 young men and women.

The state-run Fars News Agency reported the 10 detainees were women, while the rest were men. It also said that some of the unidentified partygoers had travelled in from out of town.

This is typical of the Iranian authorities, who regularly violate the privacy of the Iranian people from the people invited to their parties to their wearing of the compulsory veil in their cars. All the while, government elites throw debauched and lavish parties in their private resorts without a single interruption. (This is even more disgusting when you realise that 80% of the Iranian people live in poverty.)

Before this, Iran’s state-run media reported that 52 people were arrested on Saturday August 24 for attending a mixed-gender party in Sari. Fars News Agency reported that 29 of the detainees were men and 23 were women, quoting a source that said the detainees were mostly young and had “extremely unsuitable appearances”, which is probably code for the women not observing the forced hijab in private.

On August 16, 10 people were arrested during a wedding ceremony in Jouybar, north Iran, and the ceremony hall was shut down.

On July 30, an Iranian Revolutionary Guards official in Hamadan said they’d arrested and “dealt with” 20 women connected to a “women’s network aimed at promoting a Western lifestyle”.

Iran has increased its crackdown on civil liberties, likely because they hope to stop the ongoing tide of anti-government protests, but Iran experts say this will not work.

In related news, civil rights activist Saba Kord Afshari, 20, was sentenced to 24 years behind bars for refusing to wear the compulsory veil. She was tried on August 19, charged with “spreading corruption and prostitution by taking off her hijab and walking without a veil”, “spreading propaganda against the state”, and “assembly and collusion”.

Three other women – Yasaman Ariaie, her mother Monireh Arabshahi and Mojgan Keshavarz – were given 55 years of prison in total for not observing the forced hijab. The trio are currently being held in Qarchak Prison near Tehran.

Article 134 of Iran’s Penal Code states that if the sentences are finalized, 10 years of the prison terms for “encouraging and providing the means for moral corruption” will be implemented for each of the civil rights activists.

U.S. policies may have contributed to Iran revolution, study says

Los Angeles Times: A new report based on previously classified...