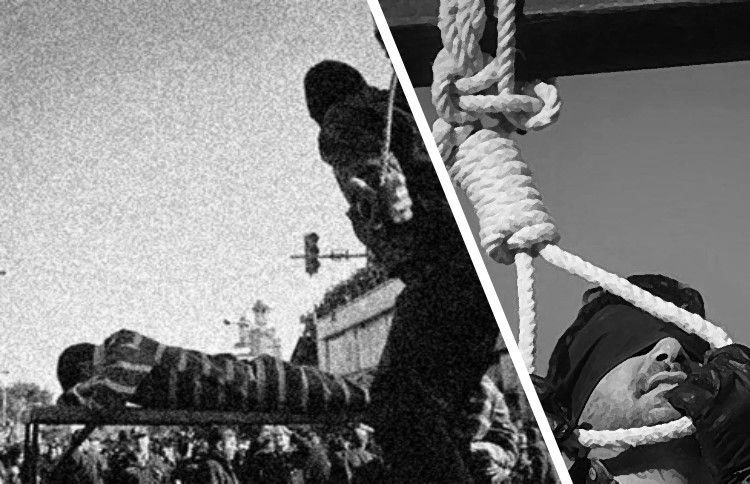 The Iranian authorities executed 24 people in January 2020, according to a mixture of sources, including human rights activists, unidentified sources who spoke to Iran Human rights Monitor, and even the state-run press.

Of course, as always, this should be considered a minimum due to the secrecy of the authorities. Many executions are not announced and are carried out in prison dungeons, with only the perpetrators around. (The government only announced eight executions.)

Here is what we know about those whose executions were reported.

The executions were carried out in prisons in the cities of Amol, Bandar Abbas, Borujerd, Isfahan, Karaj, Minab, Rasht, Shahre Kord, Shiraz, Tabriz, Urmia, and Zanjan. Of those killed, 19 were convicted of murder, while the other five had drug trafficking convictions.

Let’s first look at the drug offenders, who were executed in contradiction of international law, which states that execution must only be used for violent crimes (i.e. murder).

Now, let’s look at the women executed for murder in January.

The Iranian government fails does not give any leeway for motives. This means that many women subjected to domestic abuse, who kill in defence of themselves or their children, are still sentenced to death.

The execution of 29-year-old Maliheh Haji Hassani on January 14 and 35-year-old Sara M on January 7 brings the total number of women executed during six years of Hassan Rouhani’s presidency to 105. Both had spent three years in prison.

Iran HRM wrote: “Iran’s deliberate use of capital punishment has been a constant source of international outrage and condemnation. According to several independent international bodies, including the UN Special Rapporteur on Human Rights in Iran and Amnesty International, Iran is the leading state in executions per capita, second only to China in terms of figures. Iran also tops the charts in the number of executions of minors and juvenile offenders.”

The Iranian security forces, on Saturday, publicly flogged “tourists” who drank alcohol on a tour, according to Amir Zare Hosseini, the Public and Revolutionary Prosecutor of the north-eastern city of Tabas.

The Tasnim News Agency, which is affiliated with the Iranian Revolutionary Guards Corps (IRGC), quoted him as saying that a “number of people” drank alcohol on a tour in Tabas on Friday and were given 80 lashes each, as is the punishment under article 264 and 265 in the Islamic Penal Code.

He did not say how many people were flogged but claimed that they had “confessed” to their “crime” after over 1.5 litres of alcohol was found in the tourists’ bus.

Hosseini said: “In the existing videos, a person was drinking alcohol and after legal procedures were carried out, the verdict was issued and since the defendant did not protest, the sentence was carried out.”

The Prosecutor, who is also a cleric, said that while tourism boosts the dire economy, tourists must follow Iran’s laws, which include not drinking alcohol and wearing the hijab, otherwise, they will be punished with the “same speed, severity and decisive manner” as this case, which took just five hours from the so-called trial to sentencing implementation.

There are nearly 150 offences under the mullahs’ draconian laws that are punished by flogging, including non-violent crimes, like theft, vandalism, defamation and fraud. Worse still, are the acts that should not be considered crimes at all, but are punished under the so-called morality laws, including pre-marital sex, consensual same-sex sexual relations, adultery, and the vague-sounding “breach of public morals”, which could (and is) applied to pretty much anything the mullahs don’t like.

In July 2019, Kurdish singer and prisoner of conscience Peyman Mirzazadeh was flogged 100 times and sentenced to two years in prison for “drinking alcohol” and “insulting Islamic sanctities”.

In related news, 60 young people were arrested at a private mixed-gender party in a village in Khoshk-e Bijar, according to the state-run ROKNA News Agency. The partygoers were referred to judicial authorities.

The government, in an attempt to completely restrict civil liberties, attacks private mixed-gender parties across Iran on a regular basis. Hundreds of people have been detained because of this in the past year.

In August 2019, the state security forces arrested 87 young people at four parties in Sari. While the government also briefly detained two European diplomats at a mixed-gender party in Tehran, the state-run Tasnim news agency reported on June 1, before identifying the British and Dutch diplomats as foreign government workers.

UPI: One of Iran's top clerics says that Western...

Two businessmen are charged in sale of military parts to Iran