US plays down importance of Maliki visit to Iran

AFP: The United States on Monday played down the importance of Iraqi Prime Minister Nuri al-Maliki’s visit to Tehran, but urged Iran to be a better neighbor to Iraq. 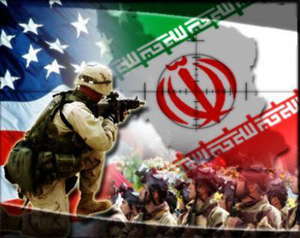 WASHINGTON (AFP) — The United States on Monday played down the importance of Iraqi Prime Minister Nuri al-Maliki’s visit to Tehran, but urged Iran to be a better neighbor to Iraq.

“Prime Minister Maliki is visiting Iran today. I wouldn’t over-interpret this. We understand that Iran and Iraq are neighbors. They have to have a relationship,” State Department spokesman Philip Crowley told reporters.

“But we certainly think that Iran can be a better neighbor by respecting Iraqi sovereignty and ending its support to those who use violence in Iraq,” Crowley added.

Maliki’s one-day stopover in Iran is part of a regional tour aimed at drumming up support for his bid to stay in power after an inconclusive March 7 general election.

Khamenei blamed Iraq’s problems on the presence of US troops in the war-torn country.

Maliki’s Shiite-led State of Law bloc finished a narrow second behind Iyad Allawi’s mainly Sunni-backed Iraqiya alliance, but neither came close to securing a parliamentary majority in the vote.

Allawi, who has looked to support from Gulf Arab states led by Saudi Arabia which he visited earlier this month, on Sunday renewed accusations that Iran is meddling in Iraq’s drawn-out coalition talks.

“We are concerned about any neighboring country that would meddle in Iraq’s affairs,” Crowley said when asked about Allawi’s comments.

“Ultimately, this has to be an Iraqi decision as part of its own political process,” Crowley said.

“And we have every indication that Iraq’s leaders are working to try to form a government. We just want to see that government… be as inclusive as possible.

“Our concerns about Iran and its meddling in Iraq’s affairs are longstanding,” Crowley said.