AFP: Four Iranian exiles have filed a complaint in US court against senior Iranian and Iraqi officials for their alleged role in an April attack on Camp Ashraf, a site for Iranian dissidents in Iraq. 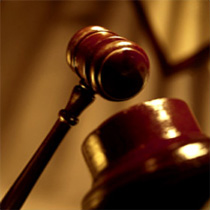 WASHINGTON (AFP) — Four Iranian exiles have filed a complaint in US court against senior Iranian and Iraqi officials for their alleged role in an April attack on Camp Ashraf, a site for Iranian dissidents in Iraq.

The Iranians, three of whom received political asylum in the United States and another resided in the United States, claim they suffered “heavy injuries” during an April 8 attack on Camp Ashraf, according to the complaint filed Tuesday in US District Court in Washington.

The site north of Baghdad houses some 3,400 Iranian refugees hostile to the regime in Tehran. It is controlled by the People’s Mujahedeen, which Washington blacklists as a terrorist group.

In their civil lawsuit, the plaintiffs claim they were victims of “assault and battery, false imprisonment and intentional infliction of emotional distress” in the attack by Iraqi forces. They also claim Iranian forces participated.

The lawsuit accuses Iran’s Ayatollah Ali Khamenei, the leadership of the Quds force — the shadowy special operations unit of the Iranian Revolutionary Guards that operates abroad — as well as senior Iraqi military officials of having “conspired” with and exercised “command and control over the perpetrators of torture and attacks against the unarmed civilians of Camp Ashraf.”

The plaintiffs demand damages for “torture, cruel, inhuman or degrading treatment and crimes against humanity as violations of international and domestic law.”

Saddam Hussein allowed the rebel People’s Mujahedeen to set up the camp in the 1980s when his forces were at war with Iran, and the camp came under US military protection when US-led forces toppled Saddam in 2003.

US forces, however, handed over security responsibility to Baghdad authorities in January 2009.

The Iraqi government says the camp is a threat to its relations with neighboring Iran and is demanding that it close by December 31.

But the United Nations appealed last week for an extension to the deadline to allow more time in negotiations with the camp’s residents, who are refusing to move unless they are given UN protection.

Bloomberg: Iran and Afghanistan will sign a memorandum of...