AP: The head of an Iranian exile group says more than 3,000 of its members holed up in a camp in eastern Iraq are ready to leave if they get U.S. and U.N. security guarantees. 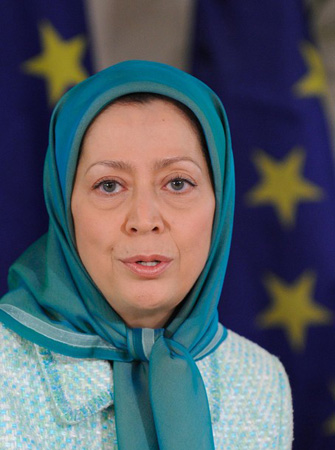 PARIS (AP) — The head of an Iranian exile group says more than 3,000 of its members holed up in a camp in eastern Iraq are ready to leave if they get U.S. and U.N. security guarantees.

Paris-based leader Maryam Rajavi said in a statement Tuesday that Camp Ashraf residents are “in principle prepared to relocate to Camp Liberty” — a recently vacated former United States military base — if their safety can be guaranteed.

The armed People’s Mujahedeen Organization of Iran moved to the camp during the regime of Saddam Hussein, who saw them as a convenient ally against Tehran. They were disarmed by U.S. soldiers during the Iraq invasion in 2003, and have since become an irritant to Iraq’s Shiite-led government, which is now trying to bolster ties with its neighbor.

The United Nations has said that at least 34 people were killed in an April raid on the camp by Iraqi security forces, and Iraq authorities have vowed to close the facility by Dec. 31.

The Obama administration — hoping to avoid a possible violent standoff with Iraqi authorities — urged the residents Monday to accept a U.N.-brokered deal to move to the temporary site near Baghdad airport where arrangements would be made for them to resettle elsewhere.

The Iranian dissidents have previously resisted leaving, saying they fear persecution at the hands of Iraqi authorities, and sought an extension to the Iraqi deadline.

But on Tuesday, Rajavi said for the move to Camp Liberty to be completed, the “minimum guarantees for the residents’ safety and well-being in order to prevent a recurrence of violence and bloodshed until the residents are resettled in third countries” must be given.

The group said Rajavi had sent a letter Dec. 10 to President Barack Obama and U.N. Secretary-General Ban Ki-moon outlining the guarantees the dissidents are seeking, including security protection during and after the move by the U.S., European or U.N. forces — not by the Iraqi government.

U.S. officials said Monday that the new facility would remain under Iraqi government control, but come under U.N. supervision. Residents not wanting to return to Iran, or live in third countries to which they have family ties, would be able to apply for U.N. refugee status, they said.

The People’s Mujahedeen has been branded a foreign terrorist organization by the U.S., a designation now under review by the State Department. It has been removed from similar blacklists in Europe.

Github Blocks Iran Devs to Comply With US Sanctions

By Jubin Katiraie GitHub, the world’s largest host of...