Iran Focus: At least 35 Iranian dissidents have been killed in an Iraqi army raid on Camp Ashraf on Sunday. Iraqi army units under the command of Nuri al Maliki attacked Camp Ashraf where 100 members of Iran’s main opposition group PMOI reside based on an agreement with the US and Iraqi governments and the United Nations. 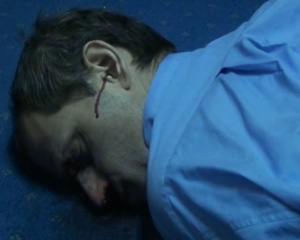 Baghdad, Iran Focus, 1 September: At least 35 Iranian dissidents have been killed in an Iraqi army raid on Camp Ashraf, northern Iraq, on Sunday.

Iraqi army units and security forces under the command of Prime Minister Nuri al-Maliki attacked Camp Ashraf where 100 members of Iran’s main opposition, the Mujahedin-e Khalq (MEK/PMOI) are residing based on an agreement ratified by the US government and the United Nations on 17 August 2012. The Iraqi regime was a signatory to the quadripartite agreement.

The raid began at midnight on Sunday and is continuing at 11:00 am local time, 1 September 2013. The attacking forces comprise battalions of the Iraqi Army and the Iraqi Special Units, SWAT teams.

At least 35 residents, including six women, have been killed and several dozen seriously wounded during the unprovoked raid. Five of the victims were shot execution style while handcuffed and in custody of Iraqi army units. MEK’s Deputy Secretary General, Ms. Zohreh Gha’emi, was among those killed by Iraqi forces.

The attacking force first fired anti-tank Rocket-Propelled Grenade (RPG) into the residents’ living quarters and then opened fire on the residents.

The Diyala province’s police commander, Jamil Shemeri, with a number of commanders from the Iraqi Prime Minister Office, had been stationed in Camp Ashraf since Saturday night to command the massacre at Camp Ashraf.

According to reliable reports, last Tuesday General Qassem Sulleimani, the commander of the Iranian regime’s terrorist Quds Force had personally delivered the order to Maliki and his National Security Advisor Faleh Fayadh, to attack Ashraf.

In addition to directly shooting the residents Iraqi forces are firing mortars at various locations in Camp Ashraf.

A number of residents have been taken hostage by the Iraqi forces.

Editor’s note: The date of the quadripartite agreement, 17 August 2012, is corrected compared to earlier versions of this report.

National Council of Resistance of Iran (NCRI), position regarding the Massacre in Aleppo