AP: An Iranian diplomat who quit his job at his country’s embassy in Finland said Monday he will apply for political asylum there. 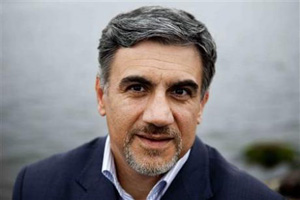 HELSINKI (AP) — An Iranian diplomat who quit his job at his country’s embassy in Finland said Monday he will apply for political asylum there.

Hossein Alizadeh said he stepped down as the embassy’s No. 2 because of the Iranian government’s crackdown on citizens protesting the re-election of President Mahmoud Ahmadinejad last year.

“I cannot accept, tolerate this fraud election. The situation got worse because … my people are being killed still,” Alizadeh told reporters in Helsinki.

He is the second Iranian diplomat in Europe known to have quit to protest the Iranian government’s clampdown on dissent. Iranian consular official Mohammed Reza Heydari left his post in Norway in January and was granted political asylum there.

Alizadeh, who announced his defection last week from the post he held for two years, said Monday he was no longer a diplomat but “a political dissident.” He said he has no political ambitions except to be a member of the Europe-based Green Wave opposition movement, “just to be a member standing beside the others.”

The movement grew out of unrest that followed the June 2009 disputed presidential election, in which, the opposition says, President Mahmoud Ahmadinejad was re-elected through fraud. Street protests led to massive arrests and a continuing crackdown.

“Ahmadinejad is not anymore the Iranian leader and does not represent Iran,” Alizadeh said. “Do not take him seriously. He (does) not have any popularity among the Iranians.”

Alizadeh, 45, said his criticism gave him cause to worry about the safety of his wife and children.

“Using this language puts me in a situation to look for shelter for myself. I am going to request political asylum from the Finnish government, and here are my passports,” he said throwing four of them on a table. “I am going to leave these passports to whoever lets me stay here.”

About 2,500 Iranian immigrants live in Finland. About 300 were granted political asylum in 2008 and 2009, according to official immigration statistics.

AP: A classical violinist may have undermined the last...