Iran reacts to pressure from America

New York Times: Iran’s supreme leader, Ayatollah Ali Khamenei, promised on Sunday that Iran would deliver “an unforgettable response” to any “improper actions” from the United States over an alleged Iranian plot to kill the Saudi ambassador to the United States. 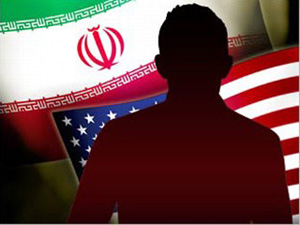 Iran’s supreme leader, Ayatollah Ali Khamenei, promised on Sunday that Iran would deliver “an unforgettable response” to any “improper actions” from the United States over an alleged Iranian plot to kill the Saudi ambassador to the United States.

The ayatollah appeared to be responding to an American campaign to further isolate and pressure Iran, an effort that received a push on Sunday with reports that President Obama is pressing United Nations nuclear inspectors to release classified data showing that Iran is working on nuclear weapons.

The United States accused Iranian officials last week of plotting to murder the ambassador in a bizarre scheme involving an Iranian-American used car salesman who believed he was hiring assassins from a Mexican drug cartel for $1.5 million. Two men — the Iranian-American, Mansour J. Arbabsiar, and an officer in the Quds Force, part of Iran’s Islamic Revolutionary Guards Corps — have been charged in the plot.

Iran’s leaders have called the case a fabrication meant to distract Americans from their own problems, and The Associated Press reported Sunday that Iranian state TV had said that Iran’s Foreign Ministry requested consular access to Mr. Arbabsiar.

Norbert Bärlocher, a spokesman for the Swiss Embassy in Washington, said the embassy had no knowledge of whether the Iranians had passed such a request to the Swiss government. He said, “We represent the U.S. in Iran, but we do not represent Iran in the U.S.”

Asked if she knew of any request to see Mr. Arbabsiar, his lawyer, Sabrina Shroff, said, “I have no such knowledge.”

The supreme leader’s comments on Sunday were his strongest yet about the case.

“If any American officials entertain delusions, they should know that any improper action, whether political or security related, will meet a decisive response from the Iranian nation,” Ayatollah Khamenei said, while speaking to university professors and students in Kermanshah Province in western Iran.

The ayatollah said that the United States was using the accusations to divert attention from its financial problems, suggesting that the protests over economic injustice sweeping the globe were an embarrassment to Washington. He said that “the people of at least 80 nations have expressed support for the Occupy Wall Street movement, and this is very bitter and difficult for American officials to accept.”

Iran’s president, Mahmoud Ahmadinejad, also weighed in on Sunday, saying the alleged plot is just another of Washington’s “scenarios.” The semiofficial Press TV reported Mr. Ahmadinejad as saying that the United States makes “daily efforts to conceive scenarios against Iran. And, in this instance, it accused Iran of terrorism, but it should be clarified for the Americans that terror is the work of those that have no culture.”

Ayatollah Khamenei, according to Mehr News and IRNA, semiofficial news agencies, also issued a veiled threat to Mr. Ahmadinejad not to overstep his boundaries, addressing a power struggle between the two that has been going on most of this year. The ayatollah said, “Changing Iran into a parliamentary system from a presidential system” someday would not be a problem.

The news agencies focused on this comment. The implication, analysts said, was that Ayatollah Khamenei, the nation’s ultimate authority, was warning Mr. Ahmadinejad that he could abolish the presidency in the future.

Los Angeles Times: A diplomatic standoff over the fate...