Reuters: The European Union tightened its sanctions against Tehran on Thursday and laid out plans for a possible embargo on Iranian oil in response to mounting concerns over the OPEC producer’s nuclear work.

By David Brunnstrom and Justyna Pawlak 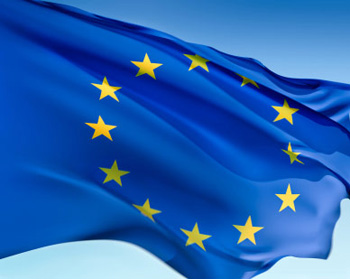 BRUSSELS, Dec 1 (Reuters) – The European Union tightened its sanctions against Tehran on Thursday and laid out plans for a possible embargo on Iranian oil in response to mounting concerns over the OPEC producer’s nuclear work.

At a meeting in Brussels, EU foreign ministers decided new sanctions on energy, transport and financial sectors should be drawn up in time for their next meeting in late January.

The measures could lead to gradual cuts in Europe’s imports of Iranian crude, although some EU governments want assurances that any impact on their economies would be limited before giving their final approval, diplomats said.

“We are working on it,” French Foreign Minister Alain Juppe told reporters when asked about the possibility of an oil ban. “We have to work with different partners so that the interruption of (oil) deliveries from Iran could be compensated by a rise in production in other countries.”

Experts say global crude prices could rise if the EU bans Iranian oil, increasing economic pain as Europe struggles with a debt crisis and the spectre of recession.

Greece is wary, because financial woes have led it to buy more Iranian crude. Sources say Tehran has been offering better financing terms while banks are reluctant to lend to Athens.

“Greece has voiced some concerns, we have to take them into account,” Juppe said.

Concern over Iran’s programme grew in November after the International Atomic Energy Agency issued a report that suggested Iran has worked on designing an atom bomb.

Separately from the oil discussions, EU governments added 180 Iranian people and entities to a sanctions blacklist that imposes asset freezes and travel bans on those involved in the nuclear work, which Tehran says is for peaceful purposes.

Britain, along with France, had pushed for decisive EU action after Tuesday’s storming of its Tehran embassy by protesters angry over London’s decision to impose sanctions on the Iranian banking sector, including the central bank.

Britain shut Iran’s embassy in London on Wednesday, saying the attack on the British mission could not have taken place without consent from Iranian authorities.

In solidarity with Britain, EU foreign ministers issued a statement saying they were “outraged” by the Tehran attack.

Foreign Secretary William Hague said after the meeting in Brussels details of any energy sanctions had yet to be ironed out. He said Britain, which has already imposed unilateral measures, was eager to see the EU target Iran’s banking sector.

“There is more work to be done on what we will do in the energy sector,” he said. “So I think it would be going too far to say an embargo has been agreed.”

Hague said later: “The EU made very clear that it will not bow to Iran’s intimidation and bullying tactics … We want Iran to come to the table and negotiate meaningfully about its nuclear programme. Despite events this week we still want a diplomatic solution.”

Hague’s Italian counterpart Giulio Terzi said the economic impact of sanctions had to be taken into consideration when any new measures are finalised.

EU experts will discuss details of new sanctions in the coming weeks, foreign ministers of the bloc’s 27 states said in Thursday’s statement.

“The detail of exactly what should be done now goes to the technical experts, who decide what will work, what is appropriate for European Union member states to do and what will have what effect,” said Catherine Ashton, EU foreign policy chief.

Swedish Foreign Minister Carl Bildt said he was prepared to agree to a crude oil embargo, but questioned its effectiveness.

“I am prepared to go along with that,” he told reporters. “I don’t think it will necessarily have that much of an effect because of the nature of the global oil market.” (Additional reporting by Ilona Wissenbach, Julien Toyer, Sebastian Moffett and Francesco Guarascio; Editing by Andrew Roche)

Mahmoud Ahmadinejad: Man with a pretext for controversy

The Guardian: Mahmoud Ahmadinejad's comment that Israel came into...

Iran Must Be Held Fully Accountable

By Pooya Stone Tensions between Iran and the United...