Huawei to scale back business in Iran

Wall Street Journal: Chinese telecommunications- equipment maker Huawei Technologies Co. said it will scale back its business in Iran, where the company provides services to government-controlled telecom operators, following reports that Iranian police were using mobile-network technology to track down and arrest dissidents. 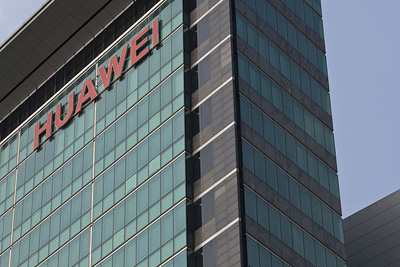 Chinese telecommunications- equipment maker Huawei Technologies Co. said it will scale back its business in Iran, where the company provides services to government-controlled telecom operators, following reports that Iranian police were using mobile-network technology to track down and arrest dissidents.

Shenzhen-based Huawei will “voluntarily restrict its business development there by no longer seeking new customers and limiting its business activities with existing customers,” according to a statement Friday on the company’s website. It said the company was making the move due to the “increasingly complex situation in Iran.” Company spokesmen declined to elaborate.

The action follows a front-page Wall Street Journal article in October that documented how Huawei’s business grew in Iran following a pullback by Western companies after the government’s bloody crackdown on its citizens two years ago. Iranian human-rights groups outside Iran say there are dozens of documented cases in which dissidents were traced and arrested through the government’s ability to track the location of their cellphones—technology for which Huawei has provided support.

Activists hailed the company’s decision, noting it was the first time a major Chinese company had decided to scale back its business in Iran. Until now, Iran has viewed its partnership with Chinese companies as a solid alternative to Western contracts.

“This is a significant milestone,” said Mark Wallace, president of United Against Nuclear Iran and a former U.S. ambassador to the United Nations. “For the first time a major Chinese business is pulling back from Iran in the face of mounting international scorn for Iran’s brutal regime.” The New York-based group had been pressuring Huawei to leave Iran and had been communicating privately with the company for several weeks.

A spokesman for the U.S. State Department said it welcomed Huawei’s announcement, adding that the U.S. “calls on all firms to exercise vigilance when doing business with Iran and ensure that any business does not contribute to the Government of Iran’s ability to repress its own people.”

Executives at Huawei’s highest levels have been discussing for months whether to scale back in Iran, according to people familiar with the matter. Those discussions gained in intensity in recent weeks, particularly after the Journal article, several people said. The rapidly growing, private company was founded in 1987 by its chief executive, Ren Zhengfei, a former officer in China’s People’s Liberation Army.

Some Huawei executives in Shenzhen see operations in Iran as jeopardizing expansion opportunities in the U.S. and Europe, where the Chinese company has faced skepticism over its compliance procedures and dealings with countries that have pariah regimes. That was a driving factor behind the decision to dial back operations in Iran, a person familiar with the matter said.

The Chinese company has held talks with consultants, lawyers and lobbyists from the U.S. on the issue.

Mahmoud Tadjallimehr, a former Huawei employee in Germany who also has worked as a telecommunications consultant in Iran, cautioned that Huawei needs to be monitored. “We have to keep watching them to see if they will really implement the measures they say,” he said.

Huawei, which has about 1,000 employees in Iran, said it plans to continue servicing its existing Iranian contracts. “For communications networks that have been delivered or are under delivery to customers, Huawei will continue to provide necessary services to ensure communications for Iran’s citizens,” the company statement said.

The size of Huawei’s business in Iran remains unclear and tracking it is difficult, in part because it sometimes works through a Hong Kong-registered company with a different name—Skycom Tech Co. Ltd. Employees of Huawei and Skycom say the companies are closely affiliated, although William Plummer, Huawei’s vice president of external affairs in Washington, said Huawei doesn’t “have any investment” in Skycom. He said Huawei “had some cooperation with them in the past on commercial projects.”

An employee at an accounting firm listed in Skycom’s Hong Kong records said Huawei “owned” the company but declined to answer questions. A former Skycom employee who worked in the treasury department in Tehran said reports were sent daily to the company’s headquarters in China, which “was the exact same as Huawei’s in China.”

The Journal reported in October that Huawei made a pitch this year to Iranian government officials to sell equipment for a mobile news service on Iran’s second-largest mobile-phone operator, MTN Irancell. According to a person who attended the meeting, Huawei representatives emphasized that, being from China, they had expertise censoring the news. The company won the contract and the operator rolled out the service, according to this person. Huawei says its technology can’t be used for censorship.

The Journal also reported that in winning Iranian contracts, Huawei has sometimes partnered with Zaeim Electronic Industries Co., an Iranian electronics firm whose website says its clients include the intelligence and defense ministries, as well as the country’s elite special-forces unit, the Islamic Revolutionary Guards Corps.

Huawei’s announcement could help the company boost its image in the U.S., where Huawei executives complain the company has been unfairly restricted in the market, despite having forged partnerships with major operators across Europe, the Middle East and Canada. In the last several years, it has grown to become the world’s second-largest provider of telecommunications equipment, after Sweden’s Telefon AB L.M. Ericsson.

U.S. regulators have blocked Huawei’s bids on major telecommunications infrastructure projects as well as acquisitions of American companies over security concerns. The White House and Congress recently have launched investigations into national security threats posed by foreign telecommunications firms, particularly worries that equipment from Huawei and other Chinese companies in U.S. systems potentially could be used by the Chinese government to track or intercept communications. Huawei’s Mr. Plummer has called such concerns “vague and unsubstantiated.”

—Paul Sonne contributed to this article.

Pentagon turns heat up on Iran

AFP: Informal Iran-EU talks to rescue an agreement on...