AP: The head of Iran’s state oil company said Sunday that the price of crude will reach $120 to $150 per barrel, as officials in Tehran prepare to discuss a ban on crude sales to European Union countries in retaliation for an EU embargo.
By NASSER KARIMI, Associated Press 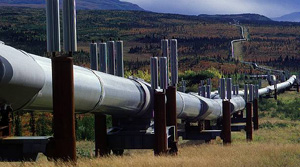 TEHRAN, Iran (AP) — The head of Iran’s state oil company said Sunday that the price of crude will reach $120 to $150 per barrel, as officials in Tehran prepare to discuss a ban on crude sales to European Union countries in retaliation for an EU embargo.

Head of the National Iranian Oil Company Ahmad Qalehbani also said that Tehran would expand its capacity to refine crude domestically, instead of selling it on international markets.

The EU announced an embargo on Iranian oil last week to pressure Tehran on its controversial nuclear program.

The embargo is set to go into effect in the summer, but Iran says that it may cut the flow of crude to Europe early.

Iran says the EU accounts for only 18 percent of its output and that it can find new customers. It says the embargo will hurt the West more than Iran, in part by causing a spike in prices.

“It seems we will witness prices from $120 to $150 in the future,” Qalehbani was quoted as saying by IRNA. He did not give a time frame for the prediction, nor any other details.

The price of benchmark U.S. crude on Friday was around $99.56 per barrel.

Qalehbani also said that Iran could find other customers for its crude in the short term, while in the longer term expanding its refining capacity to turn the crude into other petroleum products.

“The sale of some 18 percent of Iranian oil, to a market other than the EU, is quite possible. But our long term idea is to increase refining capacities to produce valuable products,” he said.

Many Iranian lawmakers and officials have called for an immediate ban on oil exports to the European bloc before the EU’s ban fully goes into effect in July. They say this will hurt Europe before it can find alternative suppliers.

It also coincided with a visit by a U.N. nuclear team expected to focus on Iran’s alleged attempt to develop nuclear weapons.

The United States and its allies argue that Iran is trying to develop nuclear weapons technology, while Tehran says the program is for purely peaceful purposes.

With some 3.5 million barrels of crude production, Iran is the second largest OPEC producer.

Some 80 percent of the country’s foreign revenue comes from exporting around 2.2 million barrels of oil per day.

Bloomberg: Russia and France will cooperate through the United...