Bloomberg: Senate Banking Committee leaders circulated draft legislation that would tighten sanctions on Iran over its nuclear program and its human-rights record. 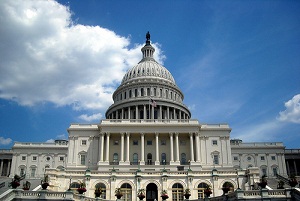 Senate Banking Committee leaders circulated draft legislation that would tighten sanctions on Iran over its nuclear program and its human-rights record.

Committee Chairman Tim Johnson, a South Dakota Democrat, and senior Republican Richard Shelby of Alabama released a proposal today that would require companies traded on U.S. stock exchanges to disclose any Iran-related business to the Securities and Exchange Commission.

The proposed sanctions come on top of an array of new penalties imposed on Iran by the U.S. and the European Union over the past three months. The senators said they plan to seek a committee vote on their bill Feb. 2.

The measure would also extend U.S. sanctions to firms involved in joint ventures with Iran anywhere in the world involving uranium mining or new energy projects. The objective is to ratchet up the pressure on Iran’s leaders to “abandon their illicit nuclear program and support for international terrorism,” according to a statement from their offices.

“Iran’s continuing defiance of its international legal obligations and refusal to come clean on its nuclear program underscore the need to further isolate Iran and its leaders,” Johnson said in the statement.

The Johnson-Shelby plan also would penalize U.S. parent firms for certain Iran-related activities of their foreign subsidiaries, expand sanctions on Iran’s energy and petrochemical sectors, and mandate sanctions on those who supply Iran with weapons and other technologies used to commit human rights abuses.

Last week, the EU announced an oil embargo on to the 27- nation bloc effective July 1; banned trade in gold, precious metals, diamonds and petrochemical products from Iran; and imposed an asset freeze on Iranian banks and port operators that will make tens of billions of euros in annual trade with Iran almost impossible.

On Dec. 31, President Barack Obama signed into law congressional sanctions on Iran’s central bank aimed at complicating payments for Iranian oil by refiners in any country. On Nov. 21, the U.S., U.K. and Canada took coordinated action targeting Iran’s financial sector, with implications for any entities that do business with both Iran and Western nations.

The U.S., European allies and Israel accuse Iran of trying to acquire the ability to build nuclear weapons. Iran’s leaders say their program is solely for civilian energy and medical research.

AP: Iran's president claims his country can make much...