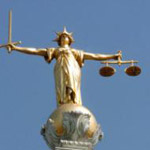 AP: A retired British businessman accused of trying to sell missile batteries to Iran in 2006 made his first appearance in a U.S. court Tuesday in a case that has drawn intense international interest.

EL PASO, Texas (AP) — A retired British businessman accused of trying to sell missile batteries to Iran in 2006 made his first appearance in a U.S. court Tuesday in a case that has drawn intense international interest.

Christopher Tappin, 65, faces charges that he tried to buy specialized batteries for Hawk missiles for $25,000 from undercover U.S. agents with the intention of exporting them to Iran. Two other men have already been convicted in the case.

Tappin turned himself in Friday after fighting extradition from the United Kingdom for two years. His case has touched a nerve in Britain, where many believe the fast-track extradition arrangements between the U.K. and the U.S. are unfairly weighted in Washington’s favor.

The retired British businessman was informed Tuesday of the charges against him and the legal rights he has under U.S. law. He is scheduled to have his detention hearing Friday morning, when the possibility of a release on bond will be discussed. His attorney in the U.S. has said they will aggressively seek Tappin’s release.

Prime Minister David Cameron has promised to carefully review the treaty and a recent independent study on its balance, but the report largely endorsed the treaty and the overhaul demanded by many critics doesn’t appear to be in the cards.

Tappin’s wife, Elaine, testified Tuesday at a British parliamentary hearing, breaking down in tears and saying no one was prepared to listen to her husband’s defense before “carting him off” to the United States.

British Attorney General Dominic Grieve told the same committee that the question of the treaty’s fairness was “one of the more difficult questions that this government has to answer.”

Grieve’s ruling Tory party criticized the extradition treaty when it was in opposition, but has since made little move to alter the deal. He told lawmakers that some of the outrage being kicked up over Tappin’s case might be down to “his respectability and his age.”

“I have seen nothing to suggest to me that he did not have a full judicial scrutiny,” Grieve said.

The two men already convicted in the case are Robert Gibson, another British national who pleaded guilty in April 2007 and was sentenced to 24 months in prison, and Robert Caldwell, an Oregon man who was found guilty in July of that year and sentenced to 20 months.