UPI: Iran is reported to be putting the finishing touches on a secret new space center to launch satellites into orbit, a step Western analysts say will move the Islamic Republic closer to developing intercontinental ballistic missiles. 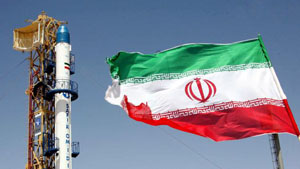 The Iranians have been very cagey about the new complex and Vahidi gave no clue about where it’s located. However, it’s widely believed that the new complex, to be named after Ayatollah Ruhollah Khomeini, who founded the Islamic Republic in February 1979, is being built in the southeastern province of Sistan and Baluchestan.

Until now, the Iranian Space Agency’s main launch complex was at Semnan, 125 miles east of Tehran, and was inaugurated Feb. 24, 2008,

There’s another center, which includes satellite-tracking facility, at Mahdasht, 40 miles west of the capital.

Western specialists say the new complex will be use to launch all future Iranian space missions, along the lines of the U.S. Kennedy Space Center in Florida.

Jane’s Information Group reported in March 2011 that satellite imagery indicated the Iranians were building the complex at a rapid pace, underling Tehran’s drive to become a space power.

This is of inestimable value in Iranian efforts to develop intercontinental missiles.

The two-stage Safir-2B space launch vehicle that has lofted Iranian satellites into space orbit over the last few years is seen as a test bed for long-range ballistic missiles, as was the case with the Americans and Soviets in the development of their ICBMs.

Tehran has denied any military application and said its objective is to achieve a manned mission into space by 2019.

In 2011, when the Iranians were talking about launching a 132-pound Mesbah-2 surveillance satellite aboard a Safir-2B booster rocket, U.S. missile expert Craig Covalt said that operation was “designed as much to test the long-range ballistic missile capabilities of the booster as it is to perform a space mission.”

Brig. Gen. Mahdi Farahi, director of Iran’s Aerospace Industries, insisted at the time that Mesbah-2 was intended to bolster telecommunications from a low-Earth, 3-year orbit.

Israel claims Mesbah-2 is intended to spy on the Jewish state and to target Iranian ballistic missiles.

With the data the Iranians have released about the new space center, it would seem to be capable of handling more powerful launch vehicles and larger satellites than the Iranians have been able to put into orbit so far.

Vahidi did reveal that the first satellite to be launched from the new center will be a Tolo, the first of a new generation of reconnaissance satellites manufactured by Iran Electronic Industries. It has signal interception capabilities and is designed to conduct surveillance of Iran’s adversaries.

The launch is expected sometime this year, which provides a clue about when the new complex will be operational.

Iran’s state-controlled media has reported the Tolo will be carried into space atop an 85-ton, 89-foot Simogh SLV, a more powerful rocket than the 30-ton Safir. That’s able to put a lightweight satellite of 110-220 pounds into orbit at an altitude of 300 miles.

It’s understood that Simogh can put a 130-pound payload into a 310-mile low Earth orbit.

Until recently it was believed the first Simogh launch was scheduled for 2013. But if the timetable for the Tolo launch is accurate, that’s been brought forward by several months for later this year.

Iran joined the space satellite club Oct. 28, 2005, when, in conjunction with Russia, it launched the Sinah-1 craft aboard a Kosmos-3 booster rocket.

On Feb. 3, 2009, Iran conducted its first indigenous launch, putting the Omid-1 research and telecoms satellite into orbit aboard a Safir from the Semnan complex in the Great Salt Desert south of Tehran.

Jane’s Intelligence Digest reported then, “Tehran now has established its status as having the most advanced space, missile and nuclear programs in the Muslim Middle East, confirming its technical superiority over its Arab rivals.”

The successful launch “confirms that the Iranians have overcome the technological obstacles to launching a multi-stage missile, a process than can increase flight range considerably.”