IBM received request from SEC over dealings with Iran, ZTE

Bloomberg: International Business Machines Corp. (IBM) received a request from the Securities and Exchange Commission to describe its interactions with Iran, following reports that ZTE Corp. (000063) resold some IBM products in the country. Bloomberg 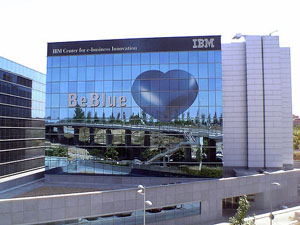 International Business Machines Corp. (IBM) received a request from the Securities and Exchange Commission to describe its interactions with Iran, following reports that ZTE Corp. (000063) resold some IBM products in the country.

IBM supplied information to the SEC, which completed its investigation in September, according to documents released today. As IBM’s business partner, ZTE is required to comply fully with U.S. regulations, including economic sanctions and export laws, IBM said in its response to the SEC.

“Iran is designated as a state sponsor of terrorism by the State Department and is subject to U.S. economic sanctions and export controls,” the SEC said in an August letter to IBM. “Please describe to us the nature, duration, and extent of your past, current, and anticipated contacts with Iran, whether through subsidiaries, distributors, resellers, or other direct or indirect arrangements.”

The SEC also requested information about IBM’s contacts with Syria, Sudan and Cuba. IBM responded on Sept. 10, saying it “complies with all U.S. economic sanctions and export laws and regulations, including those regarding countries identified as state sponsors of terrorism.” In a follow-up letter to IBM on Sept. 25, the SEC said it had completed its review.
‘Great Seriousness’

“IBM takes its obligations regarding export compliance with great seriousness,” Doug Shelton, a spokesman for Armonk, New York-based IBM, said in an e-mail. “Our agreements with our business partners specifically prohibit them from the transfer of IBM products to Iran. If any of IBM’s business partners are breaching our export compliance agreements, IBM will take appropriate actions.”

In June, U.S. lawmakers asked ZTE and another Chinese telecommunications company, Huawei Technologies Co., for details about their business dealings as part of an investigation into how their expansion may affect U.S. security. In the letter, they questioned whether ZTE sold “highly sophisticated surveillance technology” to the Iranian government.

The House Intelligence Committee began an investigation last year “to review the threat posed to U.S. national security interests by telecommunications companies with potential ties to the Chinese government,” according to a committee statement.

IBM shares climbed less than 1 percent to $191.60 at the close in New York. The stock has risen 4.2 percent this year.

MEK is not a terrorist group