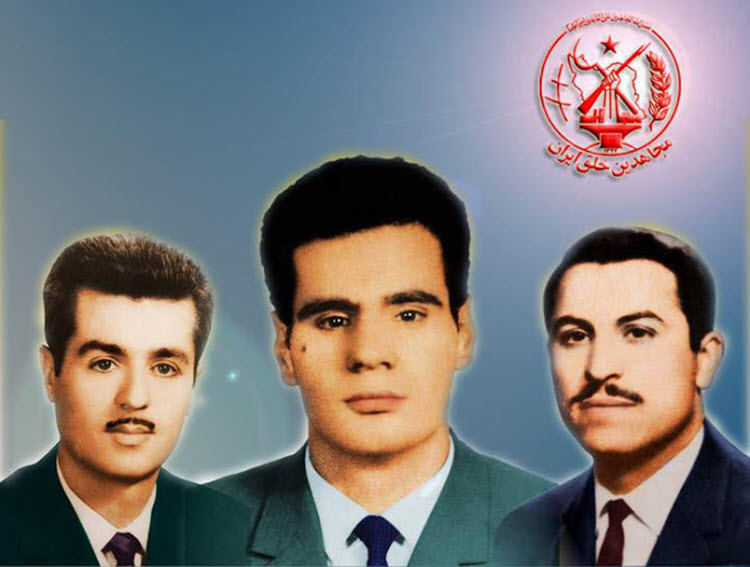 London, 24 May – This week marks the 44th anniversary of the execution of the founders of Iran’s main opposition group.

On 25 May 1972, the founders and leaders of the People’s Mojahedin Organization of Iran (PMOI or MEK), were executed by death squads after months of imprisonment and torture from the regime of the Shah.

The MEK, a group which sought, and still seeks, a secular Iranian government, was considered one of the main threats to the regime of the Shah.

The Shah’s secret police, SAVAK, arrested all MEK leaders and most of its members in a series of raids in 1971.

The founders, Mohammad Hanifnejad, Said Mohsen, and Ali-Asghar Badizadegan along with two other leaders, Mahmoud Askarizadeh, and Rasoul Meshkinfam stood firm in the face of the Shah’s regime and paid with their lives.

The origins of the MEK

The MEK was founded on September 6, 1965, by engineers; Hanifnejad, Mohsen, and Badizadegan. All three were once members of the Liberation Movement; created by Medhi Bazargan in 1961 and outlawed, along with other pro-democracy groups, in 1963 following the June Uprising in which opponents to the Shah’s regime were gunned down in the streets.

The men wanted to create a new path to democracy and began by meeting with like-minded friends for a twice-weekly discussion group focusing on religion, history, philosophy, and revolutionary theory.

They sought to discover the true interpretation of Islam which, they have shown, is incredibly democratic and compatible with modern ideals. The MEK views freedom, human rights and the equality of people regardless of gender, race or religion as commitments that were set out in the Quran, in teachings from the Prophet Muhammad and by other senior members of the faith.

They spent six years formulating a progressive view of Islam and developing a strategy to replace the monarchy with a democratic government but this scared the Shah, as the MEK’s interpretation of Islam conflicted with the non-democratic, extremist view that he portrayed.

Massoud Rajavi became leader of the MEK after the execution of the group’s founders. His death sentence was commuted to life imprisonment following a successful campaign by his brother in Geneva, which also involved the French President Georges Pompidou and Francois Mitterrand.

Rajavi led the MEK from various prisons, including whilst in Tehran Komiteh’s torture centre. He warned against religious fanaticism, religious backwardness and despotism touted by the Shah.

In 1979, the Shah fled Iran. By then, most democratic opposition leaders had been imprisoned or executed which provided Ayatollah Khomeini and his mullahs the opportunity to ‘hijack the revolution’, according to the MEK. The MEK’s criticism of this reactionary leadership was used against them by senior clerics who encouraged violence against MEK supporters.

In 1980, Mr. Rajavi said: “Freedom is a divine blessing…Anyone trying to restrict human freedom has neither understood Islam nor mankind and the [anti-monarchist] revolution. Freedom is indispensable to the survival of mankind as human beings. Otherwise, human beings would be no different from animals and could not be held responsible for anything”.

Iran: The Truth Behind Regime’s Call for a Return

While brain drain and migration from Iran under the...

AFP: Envoys from six major powers wrapped up what...