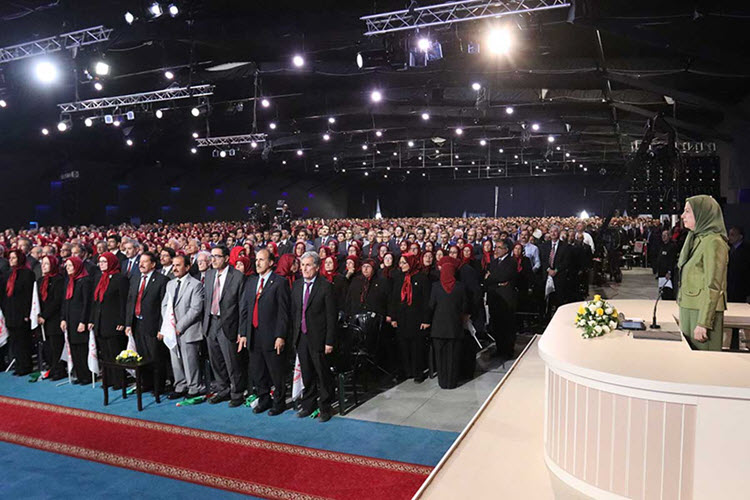 London, 18 Dec – The Iranian Resistance have penned a damning rebuke of false and malign allegations against Iran’s largest opposition group, the People’s Mojahedin Organization of Iran (PMOI/MEK) that were published in the Evening Standard earlier this month.

Since the paper published these lies in their Londoner’s Diary column on December 7, they have repeatedly refused to even to publish the National Council of Resistance of Iran’s (NCRI) letter to the editor- with actual sources to back up their statements- so the NCRI published it in full on their website instead.

The unfounded allegations against the PMOI were made by Denis MacShane, a deputy of former British foreign secretary Jack Straw, who was expelled from the British Parliament for financial crimes.

MacShane and Straw are key supporters of the Iranian Regime- seeking to defend it against any warranted criticism like its countless human rights violations or its support for terrorism- which is why they attack the Resistance.

EU should condition its relationship with Iran on human rights

It is no surprise that MacShane’s ridiculous comments were published the day after a conference in the European Parliament in which dozens of MEPs- including two Vice-Presidents- criticised the Regime and praised Maryam Rajavi, President-elect of the Iranian Resistance. The conference determined that the EU must condition its relationship with the Iranian Regime on an improvement to human rights.

Outside the conference, a group of violent thugs- hired by the Iranian Regime’s Ministry of Intelligence and Security (MOIS)- posed as the Resistance and incited violence. They even posted that they wanted to destroy the Resistance on their website that same day.

MacShane, who is most well-known for severe expenses fraud which caused him to be jailed, tweeted out that the PMOI/MEK were violently attacking an elderly man and that when he attempted to rescue the old man, he was also attacked.

Obviously MacShane, who was a staunch opponent of removing the PMOI/MEK from the terror list where they were placed purely to appease the Regime, cannot tell the difference between the legitimate Iranian Resistance and the thugs of the Iranian Regime or perhaps he doesn’t wish to know the difference.

The MOIS agents dispatched to the European Parliament, including Mohammad Hossein Sobhani and Ghorban-Ali Hossein Nejad, have previously attacked a meeting of Iranian refugees and spied on the NCRI&MEK in Paris. It is no great leap for them to seek to undermine the Resistance by staging an attack to be blamed on them.

Hossein Abedini, Member of Foreign Affairs Committee in the UK office of the NCRI wrote: “The implication of Denis MacShane in this matter is disgraceful. Ever since his tenure as Straw’s deputy, MacShane has been a prolific shill for the Iran regime against the PMOI /MEK and the NCRI and in the British Parliament and at the Parliamentary Assembly of the Council of Europe.”

Rice urges UN to be tough on Iran