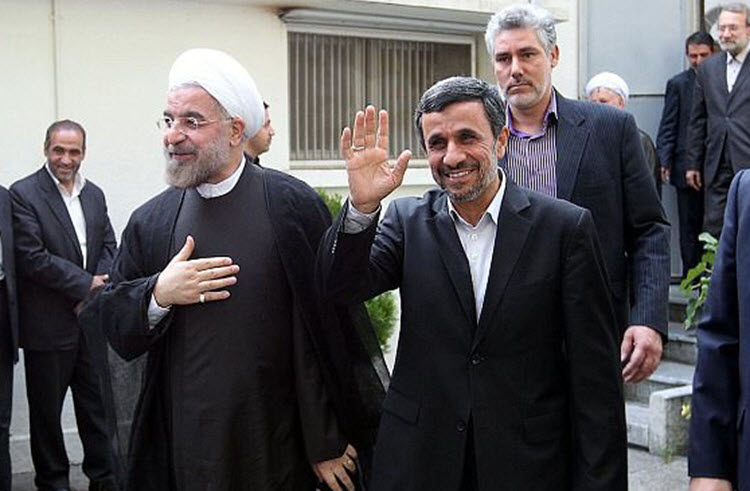 London, 25 Jan – A number of senior Iranian Regime officials who are affiliated with former President Mahmoud Ahmadinejad have requested permission to hold a sit-in protest against the current problems in Iran, including a failing economy, in a letter to Iranian Interior Minister Abdul Ridha Rahmani Fadhli.

The letter, signed by seven officials, read: “The protest is a response to the performance of the three authorities (legislative, executive, and judicial) and some policies and behaviours, especially in terms of economic, legal and social affairs.”

However, no one should be confused about their motives. These officials are not truly concerned about the situation in Iran. They, in fact, criticised the current ongoing people’s protest, citing vandalism and the burning of the Iranian flag as their main concerns.

At least 50 protesters have been shot dead by the security forces, 8,000 have been arrested, and some are dying under torture, but these officials are concerned about the burning of the flag.

It comes less than a week after Ahmadinejad was last seen in public, with media reports saying that he is now under house arrest for participating in the protests.

It is important to note that no one here is truly supporting the people’s protest, but merely using it to further their own agenda and exploit the weakness of the current government.

The Iranian Regime is deeply divided between warring factions that are struggling for power, in light of Supreme Leader Ali Khamenei’s failing health. Every faction wants their leader to become the next Supreme leader in the hopes that they will be able to reap untold benefits.

This should not be allowed to happen. The only people that should benefit from the protests are the ordinary people of Iran who want to bring freedom and democracy to their country and risked their lives to call for regime change.

According to the Regime’s Interior Ministry, the protests have been caused by the decline of public confidence of the Regime, mismanagement of the public, and foreign enemies. In reality, the protest was caused by Regime corruption, a lack of democracy, and a whole host of domestic enemies that the Regime has oppressed for nearly 40 years, known as the Iranian people.

It has also been pointed out by Iran’ s ILNA news agency that there was a ban on protests during Ahmadinejad’s presidency, so it is hypocritical for his top people to stage their own protest now.

Iran eases gas ration, but at a cost