Iranian Newspapers Publish Threats to West and Criticism of Rouhani 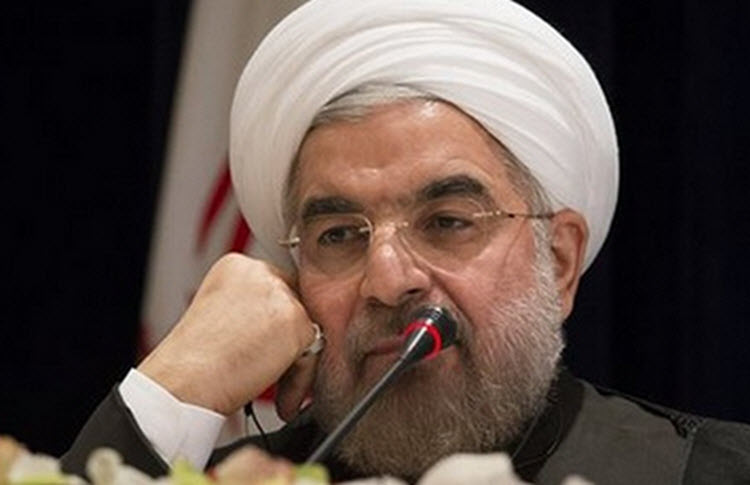 London, 26 July – A state-run newspaper in Iran with close ties to the Supreme Leader Ayatollah Ali Khamenei has quoted a warning from the spokesman for the Yemeni Houthi rebels stating that Western companies should leave Riyadh, Dubai, and Abu Dhabi because “missiles are on their way.”

The Kayhan wrote on July 25, under the frontpage headline “Missiles On Their Way, Evacuate Dubai, Abu Dhabi and Riyadh”, that this spokesman warned Western companies not to invest in Saudi Arabia and the United Arab Emirates.

These are two countries who are supporting the legitimate Yemeni government in their quest to take back control of the country from the Iran-backed Houthi rebels; a conflict that has been raging since 2014.

This ‘news’ report is likely part of Iran’s campaign to hit back against the West for the incoming US sanctions. These sanctions have caused many companies to pull out of Iran, so these threats of attacks may cause companies to leave US allies.

However, it should also be noted that Kyahan claimed that the Houthis had managed to hit several targets in Saudi Arabia and the UAE, when actually all missiles have been blown apart in the sky by the countries’ air defence systems.

Two separate newspapers have also criticised Iranian President Hassan Rouhani over his war of words with Donald Trump last weekend, saying that Rouhani’s threats against the US only allows Trump to portray Iran as a “dangerous entity”.

On Sunday, Rouhani threatened that war with Iran would be the mother of all wars and threatened to close key shipping straits in the Middle East. Trump responded: “Never, never threaten the United States again or you will suffer the consequences the likes of which few throughout history have ever suffered before.”

The Arman newspapers warned Rouhani that he was sparking a potential war with the US and that this confrontation would bring “unforeseen dangers” for Iran.

While the Bahar paper wrote that Rouhani’s statement “does not help improve Iran’s situation” and advised against closing the Strait of Hormuz as that would only cause challenges, which could prove costly for Iran.

Bahar wrote, “Comments like this are not the best choice for a country whose economy is not like Scandinavian states, a country that is facing many challenges including water and power shortage, drought, unemployment, inflation, embezzlement, foreign currency crisis, and environmental pollution.”

It ’s nice to see an Iranian paper acknowledge that Iran is pressing for a war that would leave them broken rather than accuse the US of being the aggressor.

Bloomberg: Iran’s economy may shrink more than the International...