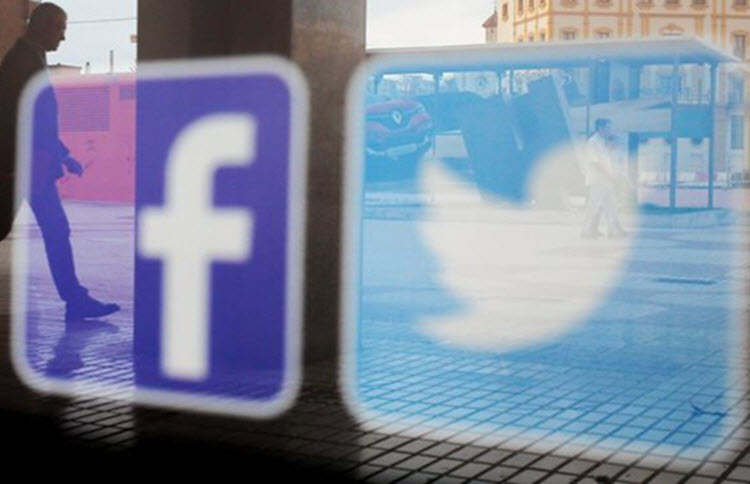 London, 22 August – Facebook and Twitter announced on Tuesday night that they’ve thwarted a network of suspicious accounts that appear to come from Iran.

First, Facebook reported that it had removed over 650 pages, groups, and accounts for “coordinated inauthentic behaviour”. Then, less than an hour later, Twitter tweeted that it had taken down nearly 300 accounts, many from Iran.

This is an important reminder not just that Iran is now one of the adversaries targeting American tech companies, but also that the Silicon Valley businesses are prepared to work together and proactively share these details with their competitors to remove malign influences from their social media sites.

Facebook CEO Mark Zuckerberg told reporters that this was the result of a multi-pronged investigation that unearthed Iranian networks.

He said: “These were networks of accounts that were misleading people about who they were and what they were doing. People need to be able to trust the connections they make on Facebook.”

Facebook said that cybersecurity firm FireEye had detected a group affiliated with Iranian state media that called itself Liberty Front Press. They posed as news organizations and civil society groups across several accounts and pages, amassing over 200,000 followers across the various accounts.

FireEye said, in a blog post on Tuesday, that identifying the origins of this group can be difficult, but that they were fairly confident about their assessment of Liberty Front Press having ties to Iran. They cited that the network, who posed as supported of US Senator Bernie Sanders, often promoted Iranian interests like Quds Day and anti-Israel sentiments.

They also discovered a suspicious network that shared content about Middle East politics, in Arabic and Farsi, and Western politics in English, which they will be keeping an eye on. The network has 168 pages, 140 accounts, and 823,000 followers across Facebook and Instagram. They’ve been running ads – totalling $6,000 – since 2012.

Facebook also found another Iranian network with “links” to the Liberty Front Press group that had been trying to hack people’s accounts and spread malware.

Of course, the cyber threat posed by Iran has been apparent in intelligence circles for years.

Just hours before Facebook’s announcement, during a hearing on Capitol Hill, Democratic Senator Richard Blumenthal warned: “Until there’s real action, Vladimir Putin will operate with impunity, and he will continue to use a playbook which becomes the same playbook used by other countries, notably Iran. I believe there will be news about Iranian aggression in the cyber domain.”

Shortly after the Facebook announcement, Democratic senator Mark Warner released a statement, which read: “I’ve been saying for months that there’s no way the problem of social media manipulation is limited to a single troll farm in St.

Petersburg, and that fact is now beyond a doubt.”