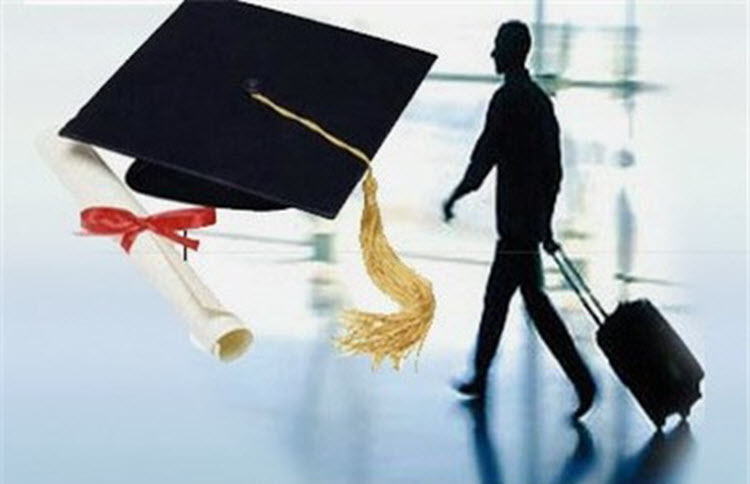 London, 14 Oct – “Brain drain” is defined as the emigration of highly trained or intelligent people from a particular country. Highly educated experts and at least 64 percent of Iranian students, including the winners of the Olympiad and the national math competition, have left the country during the past 14 years.

Former minister of transportation, and head of Engineering Organization Ahmad Khoram revealed that Iran loses about 150 billion dollars each year to brain drain. In June 2018, Khoram told the state-run ISNA news agency, “UNESCO says that 150,000 intellectuals leave Iran every year. The government spends one million dollars for every university graduate student before the student can enter the work cycle of the country. Thus, we lose 150 thousand million dollars per year and nobody cares.”

The October 9th edition of National Foundation of Intellectuals website cited Iranian President Hassan Rouhani as saying, “Some people say that there is no need to worry about the emigration of intellectuals if it was happening in mutual interactions. But the brain drain is a different issue and is a great loss for any nation. It is regrettable that other countries could benefit from this treasure without spending a penny on it.”

Sharif University is the most famous university in Iran.

Of the 150 mathematical elite students who graduated from Sharif University, only one remains in Iran.

“Fortunately, we have a growing number of graduate students, managers, and experts, but take into account the brain drain, we will face mismanagement, chaos, disorder, a bankrupt economy, embezzlement, closure of factories, etc.,” according to state-run website Asr-e Iran on September 30th.

Some reasons for this situation are:

1. Unqualified persons are being appointed to key posts, as government offices are being given to people who are loyal to the dictatorship ruling Iran, while qualified, educated experts are not given these opportunities.

2. Oppressive measures in universities force students to complete their studies in the West. Member of parliament Mahmood Sadeghi recently stated, “universities are ruled with an iron fist, especially during the recent years, and it leads to the discouragement of students. Students are not interested in taking part in political and cultural activities. The Disciplinary Committee, which watches and punishes students’ political and social activities, could expel the students from the university in some cases.”

3. Graduate students — especially girls — have little hope of finding a suitable job. Just 12 percent of Iranian women participate in social activities. A female graduate says, “Every young man or woman is seeking for a job. I know that I have no future with this amount of salary.” Another woman disceusses unemployment and her graduated boys and girls. She says, “I have six children. Between them, they have a master’s degree, a bachelor, associate degree, and one of them has a diploma, but only the last one is working as a worker and the other five are unemployed and stay in the house. The government interferes in every detail of your life, they start with your hijab, then your clothes, scarf, etc.” Graduate students do not see a future in staying in Iran.

The founder of the Islamic Republic, Ruhollah Khomeini, addressed said in a speech just one year after coming into power, “To hell with brain drain! They say that brains are draining! Let them drain! To hell with them and with those brains! Those brains were not scientific brains, those were betrayers’ brains.” In another speech he said, “We have suffered from a university. A bad university is better not to exist.”

The current Supreme Leader, Ali Khamenei, has wiped the names of intellectuals from lists of key posts and positions and appointed Basij, IRGC commanders, intelligence officers, or their relatives instead.

Reuters: Central bank officials from India and Iran were...