Protests in Iran Represent Threat to Rule of the Mullahs 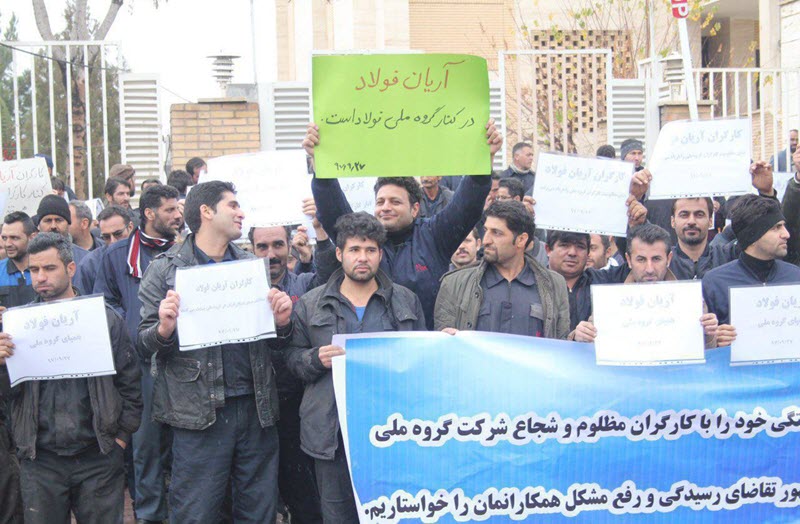 Much Western media coverage on Iran focuses on the country’s nuclear programme or the factional warring amongst the mullahs that is wrongly classified as moderates vs. hardliners, but they often fail to report on the consistent protest movement in Iran.

In fact, barely a day in 2018 has passed without a workers’ strike or other anti-government protest. The Iranian people are furious at the disastrous state of the economy, which thanks to years of corruption and mismanagement was unable to withstand US sanctions, but they are angrier with the mullahs for the decades of repression and violence towards the Iranian people and the world at large.

In just the last week, we’ve seen hundreds of protest emerge from fraud victims in Kerman, landowners in Yazd, fraud victims and housing co-op members in Tehran, unemployed youth in Rafsanjan, teachers and students in Hamadan, boat operators in Khuzestan, steelworkers in Ahvaz, dockworkers at Imam Khomeini port, and farmers in Esfahan.

Over the past few months, there have been two major labour strikes in Khuzestan province, a place rich in natural resources where the ethnically Arab population live in poverty. These were the steelworkers mentioned above and the sugarcane workers at the Haft Tapeh refinery who have both led long-term strikes for better working conditions, the re-nationalization of their companies, and the payment of their overdue wages.

The Trade Union Congress said they supported the leader of the Haft Tapeh protest Esmail Bakhshi, who was arrested and recently released on bail and called for the release of fellow strike leader Ali Najati and civil activist Sepideh Gholian. Indeed, Bakhshi and Najati are both known to have been tortured in prison.

While HRW decried “mounting crackdown on labour activists” in Iran and the Iran Human Rights Documentation Centre reported that one Haft Tapeh worker had committed suicide following the repeated ignoring of his demands.

The Tehran-based Defenders of Human Rights Center (DHRC), founded by Nobel Laureate Shirin Ebadi, recently gave its annual award to Iranian teachers for their regular organized strike action over the past three years, despite a harsh crackdown.

Even world-renowned film director Jafar Panahi joined the steelworkers for their protest on December 12, the day that they dressed in traditional burial shrouds to symbolise their readiness to die for their cause, and is said to be making a documentary about them.

Pressures from the international community may be worrying to Iran, but far more worrying are the labour activists who could become national figures of the resistance and inspire more Iranians to come out in protest.

Arash Azizi, a New York-based writer and academic, wrote: “December 28 marks the first anniversary of the largest protests—in terms of geography—since the 1979 revolution. The question remains: Can various working-class actions around the country team up and present a political challenge to Tehran? Though there is a history of protests and strikes over the past four decades, serious working-class action has been absent from all mass movements of Iran. Its eruption could be a game-changer.”

Iran is ‘out of step’ with region: US State Department

US wants any sanctions on Iran to reveal violators

Reuters: The United States wants a European-drafted resolution to...