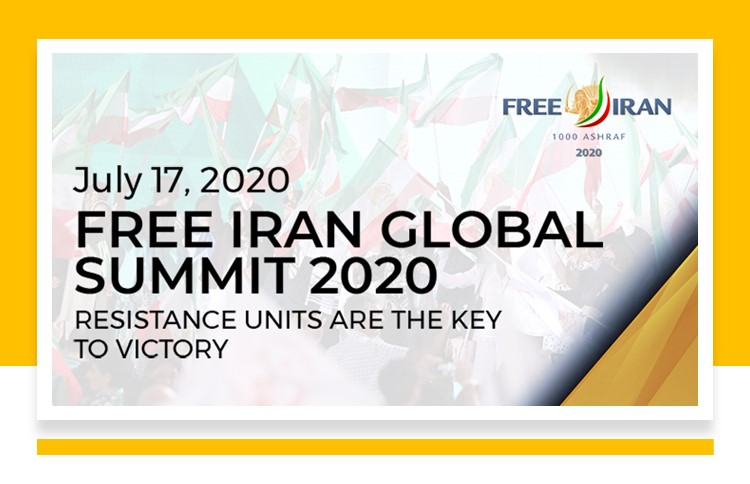 There is good reason to believe that Iran is closer than it has ever been to the overthrow of its theocratic dictatorship.

This belief is shared by the hundreds of thousands of people who are participating in the Free Iran Global Summit today. The event connects Iranian expatriates and their political supporters from 30,000 different locations in more than 100 countries. It stands in for the international gathering that would ordinarily take place at this time of year near the French headquarters of the National Council of Resistance of Iran (NCRI). But the coronavirus pandemic forced a change in the event’s format.

This was arguably beneficial in some ways since early assessments point to a greater level of collective participation in the simultaneous local gatherings than might have been expected at another centralized Paris rally. However, the number of in-person rally-goers has been consistently impressive in recent years, testifying both to the level of commitment among NCRI supporters and the earnestness of their belief in a looming change of government.

It is not difficult to imagine that the traditional format would have attracted similar numbers as did its socially distanced alternative since the event’s speeches are currently demonstrating greater-than-normal incentives for the NCRI and its allies to promote the concept of regime change for a global audience. Many of those speeches focus on the progress that Iranian Resistance activists have apparently already made toward that goal, having carried out at least two nationwide uprisings against the ruling clerics.

Iran Rising Up for Freedom | Resistance Units Key to Victoryhttps://t.co/tGC1qFHgvk

In December 2017, an economic protest in the city of Mashhad inspired residents of other localities to pour into the streets and voice their grievances as well. It quickly became clear that these grievances were not limited to matters of economic policy, and that general sentiment among the public was that problems of poverty and unemployment could not be solved under the current political system. As the movement grew to encompass the entire country by early January 2018, it also took on unusually provocative slogans such as “death to the dictator.”

Participants in roughly 150 cities and towns publicly condemned both the “hardline” and the “reformist” factions of Iranian politics, informing them that “the game is over” and voicing their support for a third option representing voices from outside of the regime. The likeliest identity of this option was identified by no less an authority than the regime’s Supreme Leader Ali Khamenei, who delivered a speech at the height of the 2018 uprising which credited the leading democratic opposition group, the People’s Mojahedin Organization of Iran (PMOI-MEK), with planning and facilitating many of the composite protests.

The substance of this message is well known to the hundreds of Western lawmakers and experts, representing a wide range of political parties, who have already solidified their support for the NCRI. Roughly 1,000 political dignitaries planned to connect to today’s Livestream or to participate in the simultaneous gatherings being held at historical sites in Washington D.C., Paris, Berlin, and so on. Many of the dignitaries were also scheduled to speak. And if their remarks at past NCRI gatherings are any indication, many will heap praise upon Mrs. Rajavi’s 10-point plan for the future of Iran.

On the other hand, the NCRI’s vision of free elections, secular governance, universal rights, and regional non-intervention should be very familiar to anyone who is likely to take an interest in the global summit. What may be less obvious to merely casual followers of the Resistance movement is the true impact of the 2018 uprising and its more recent sequels.

Initially, the nationwide protests sparked what Mrs. Rajavi referred to as a “year full of uprisings,” even after regime authorities disrupted the uprising by killing dozens of participants and arresting thousands. Scattered protests throughout 2018 showed a great deal of resilience on the part of beleaguered activists. But the full extent of their commitment to the cause began to be revealed in November 2019, when the public backlash against a hike in fuel prices led to an even larger nationwide uprising. The re-invigorated movement adopted the same slogans as its predecessor and quickly encompassed about 200 cities and towns.

Tehran reacted with sheer panic, and the Islamic Revolutionary Guard Corps soon opened fire with live ammunition on crowds of peaceful protesters. Approximately 1,500 people were killed. The accompanying arrests have since led to at least a dozen death sentences, three of which were confirmed by Iran’s Supreme Court just days before the NCRI’s summit.

There is no indication that these death sentences or the underlying crackdown are doing anything other than inspiring an even greater sense of urgency among Iran’s domestic activists, its expatriate community, and their supporters within foreign government and policy circles. In the run-up to the global summit, some reports quoted some expatriates as saying that Tehran’s latest round of killings motivated them to arrange their attendance. The same can presumably be said of those Iranian citizens who planned to use illegal satellite connections and virtual proxy networks to witness or personally participate in the virtual gathering.

The inherent risk of that participation should give pause to Western policymakers and journalists. They will no doubt come away from today’s event with a clearer understanding of the suffering that still lies ahead for much of the Iranian population. But they should also have little trouble concluding that on the other side of that suffering, a new and better future is possible for all Iranians, everywhere.