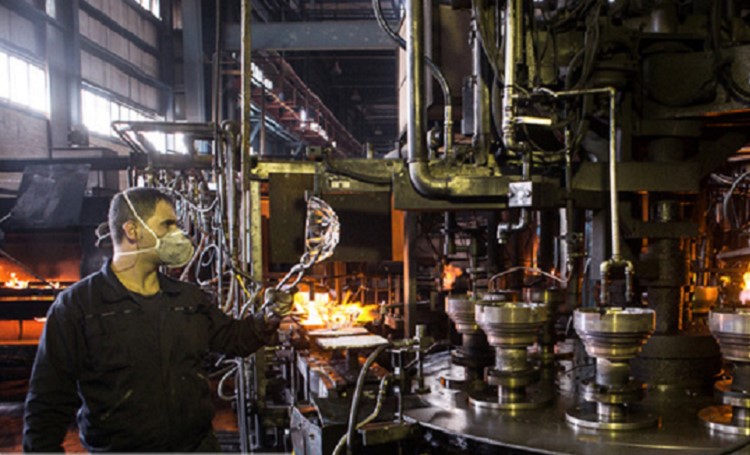 Several days ago, Iranian metalworkers explained a part of their disastrous conditions through a letter to President Hassan Rouhani. They mentioned that their livelihood has been worsened after the coronavirus outbreak in the country despite promises by officials.

“We became poorer and don’t have the capacity to purchase hygienic items,” ILNA news agency quoted a part of their letter on April 12. Notably, this is the second letter by metalworkers addressed Rouhani about laborers’ dire conditions.

“The price of the mask has increased six times. Pharmacies used to offer latex gloves for 35,000 tomans, now they offer them for 100,000 tomans. The price of alcohol has reached one and a half times what it used to be,” the workers wrote. They highlighted their inability to purchase essential health items and emphasized that “In the coronavirus era, unemployment insurance doesn’t cover the needs of drivers, construction workers, street-sellers, and many unemployed people who make ends meet by resorting to marginal jobs.”

Regarding the rising health material prices and the need for people, particularly impoverished segments of the society, to use these items to counter the coronavirus, the Rouhani administration has still closed workers’ minimum wage on $111 per month. Remarkably, the government previously announced that the inflation rate has reached 41 percent and announced $247 to be the poverty line.

“All learned to play with figures during the past presidential tenure… When we talk about the article 41 [of the labor law], everyone rules out the 41-percent inflation announced by the Central Bank [of Iran (CBI)] and considers 34-percent inflation that is announced by the National Statistics Center,” said Faramarz Toufighi, workers’ representative in the Supreme Labor Council, on April 12.

“[Workers] who receive less than $185 are under the absolute poverty line. Many experts and even members of the cabinet calculated $247 for the poverty line. However, the fact is only $111 has been declared as the minimum salary for workers,” Ruydad website quoted Toufighi as saying on the same day.

The government-linked Labor Council imposed several agreements on workers. For instance, the council has specified $305 as the livelihood basket for a family of 3.3 people. According to a passed bill over the minimum wage, workers can only cover 53 percent of their expenditures. It seems that they should cover the remaining 47-percent by the polluted air of cities. The state-run Hamshahri newspaper published a surprising estimation of workers’ salaries.

“In the current situation, the minimum price of the dollar is 16,000 tomans in the Tehran market. According to this price, workers’ minimum wage is less than $115. Reviews show that the minimum wage was $230 in 2017 and $290 in 2010. In this context, workers won’t receive further than $145 despite all privileges and approved coupons in the labor law. Also, complete wage and benefits for a worker with two children are only $168,” Hamsharhi wrote on April 12.

Therefore, in the best condition, Iranian workers will ultimately receive just $208, which is less than two years earlier, according to Hamshahri.

For many years, Iranian laborers shouted that they have no job security and employers can fire them whenever they want. Thanks to the government discriminatory laws, owners have eliminated workers’ job and psychological security by temporary contracts and hollow promises. This horrible situation is even relayed in the government’s propaganda.

“Since the 1990s, workers’ job security has been taken away as they face hard dismissal before employers during any crisis and under any excuse. Laborers have no will to improve their work conditions in exploiting contracts. Large unemployed populations and workers’ nightmare about layoff compelled has workers to acquiesce to work conditions dictated by their employers,” Kargar News website wrote on April 12.

As Iran’s workforce and toiler strata have been deprived of the minimum supplies and became poorer day-by-day, the national wealth is focusing on great holdings and financial institutions affiliated with the supreme leader Ali Khamenei and the Revolutionary Guard (IRGC).

Additionally, on March 13, 2018, former President Mahmoud Ahmadinejad revealed that “foundations which are controlled by Khamenei and the IRGC possess 700 trillion tomans [more than $156 billion based on the dollar exchange at the time] and the people are unaware about their functions, revenues, and how their profits are spent.”

In such circumstances, some officials attempt to reduce public anger by criticizing the government’s disastrous policies. However, these remarks show the existing gap between society and the state and the authorities’ concerns about the upcoming unrest.

“Given the coronavirus outbreak and rising citizens’ expenditures, [the government] should provide and offer health packages to vulnerable families. In the second and third waves of the coronavirus, the people will face multiple problems if they don’t receive these packages monthly,” said a member of the Parliament (Majlis) Masoumeh Aghapour Alishahi on April 12.

She also claimed, “In such a tough situation, the government [and the whole ruling system] should sacrifice itself for the nation and think about the people’s livelihood, health, and the economy as the society has supported the government over the past 40 years,” Kargar Online quoted Alishahi as saying.

Regardless of the hollow words of this MP and her suffering from memory loss about Iranians’ nationwide protests in January 2018, November 2019, and January 2020, she bluntly admitted that the government’s functions resulted in the public distrust and this issue may bring irreparable consequences for the entire governing system.

Selling the Future with Debt Securities in Iran