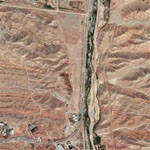 The International Atomic Energy Agency has accused Iranian authorities of undermining its effort to probe suspected nuclear weapons research at the Parchin facility by carrying out possible clean-up operations.

“As these activities are quite intensive, particularly recently, we have concerns that our capacity to verify would have been severely undermined,” IAEA chief Yukiya Amano said Thursday at a Council on Foreign Relations conference.

But he added: “I continue to believe that having access is very useful to have a better understanding of the past and current activities at Parchin.”

An IAEA team in 2005 was allowed to inspect the site, where Iranian researchers are suspected of conducting test explosions that could be applied to nuclear weapons.

But at the sprawling complex, the UN team “did not have the information to identify the right spot” to inspect, the IAEA chief said.

“This time, we have additional information. We requested access to particular sites and buildings of Parchin,” he said.

But once the UN agency made the request, satellite imagery showed “very extended activities by Iran. This included demolition of buildings, removal of soils, moving fences, all of these things,” he said.

The UN agency has bolstered its dialogue with Iran but is still not able to declare that all nuclear material there is designated for “peaceful” purposes, he said.

Iran has continued to enrich uranium and has expanded its capacity in violation of IAEA and UN Security Council resolutions, he said.

“We need to have better knowledge of their plans to understand whether there (are) undeclared activities or not,” he said.

The IAEA’s November 16 report said Iran would soon be able to triple its production of 20-percent enriched uranium to 45 kilos (100 pounds) per month after fitting out its Fordo facility, a key site dug into a mountain where, the agency said, machinery has been installed but is not yet operational.

Western powers and Israel suspect Iran is developing nuclear weapons under the guise of a civilian program, while Tehran insists its nuclear enrichment is for purely peaceful purposes.

AP: Iran announced Monday that it has begun enriching...