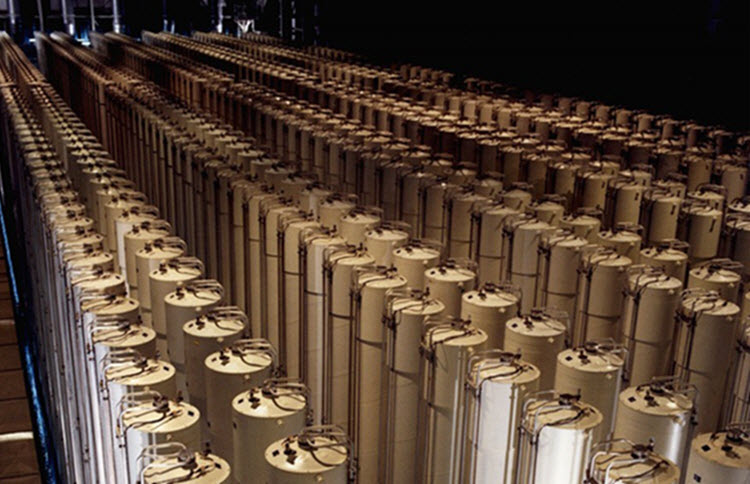 London, 6 Jun – It has been announced that the head of the Atomic Energy Organization of Iran – Ali Akbar Salehi – is putting the International Atomic Energy Agency (IAEA) on notice that the country will probably start producing centrifuges that will be used for uranium enrichment.

He said that this would not be a violation of the 2015 Iran nuclear deal, or Joint Comprehensive Plan of Action (JCPOA) Agreement as it is formally known, because it allows Iran to make the parts that are needed for uranium enrichment. He stressed that it would only be a violation of the deal if Iran were to actually use the centrifuges.

This is no doubt a reaction to US President Donald Trump’s announcement that the United States will be exiting the deal. Trump explained that he will not stay in an agreement that is weak because Iran is taking advantage of it to export its revolution abroad.

is in a desperate situation at home. Almost 6 months ago, the people of Iran took to the streets in droves in what has become the biggest uprising in the country in recent history. At first the people wanted their voices to be heard with regards to the dire economic situation that they have found themselves in. The cost of living was rising and the people are able to afford less and less of the bare essentials.

However, the widespread discontent became overwhelming clear when the protests turned into loud calls for regime change. The people were even heard chanting “Down with Rouhani” and “Down with the Supreme Leader”.

knows that the domestic unrest is beyond its control. It is not just a few isolated sectors of society that are unhappy – it is much more widespread. It is for this reason that is looking for ways to increase its grasp on power outside its borders. It has an aggressive foreign policy doctrine that has the pretext of defending the Shiite Muslim minority sect around the world. It is involved with, and fuels, proxy wars across the region so it can revel in the chaos that ensues.

A longer-term ambition of is to lead a Shia crescent across the region.

Iran has inserted itself into the middle of domestic affairs in numerous nations in the Middle East, most notably in Yemen, Syria, Iraq and Lebanon, and it is destabilising, or trying to destabilise, governments.

It is the regime’s desperation that makes it dangerous. Several world leaders have identified Iran as the number one threat in the region, and even further afield.

The Syrian civil war would not have lasted as long as it did if Iran had not got involved. It has propped up Syrian dictator Bashar al Assad and kept him in power for much longer than if he had not had outside help.

The people of Iran are the first victims of, but there are many more millions across the Middle East.

AP: Decisions by the foreign ministers of Russia and...