Republican Senators Urge Trump to Get Tougher on Iran 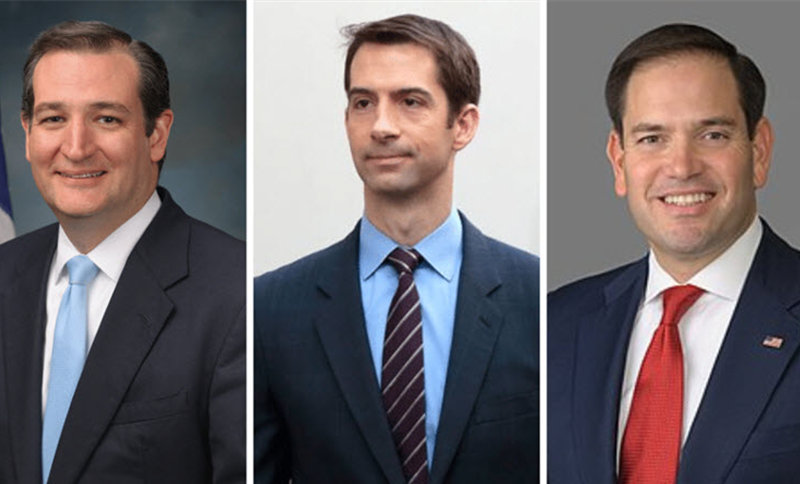 Three Republican Senators have urged the Donald Trump administration to get tougher on Iran in response to the country’s recent violations of the 2015 nuclear deal and threats of further violations in the coming weeks.

The Senators urged Trump to counter this violation with increased pressure on Iran’s nuclear program, specifically by removing the waivers given to Iran’s supposedly civilian nuclear program and invoking the snapback mechanism on US and international prohibitions that are laid out in the United Nations Security Council resolution enshrining the deal.

In the letter, Cruz, Cotton, and Rubio wrote that these civil-nuclear waivers, issued in order to “maintain the nuclear status quo” until a better deal can be agreed, have allowed Iran to build up its nuclear program. The Senators argue that the Iranians have now changed the nuclear status quo and are trying to “create a new normal of minor violations that will enable their creep toward a nuclear weapon”.

The trio also explains that if the snapback mechanism in UNSCR 2231 was invoked, it would “restore international restrictions against Iranian uranium enrichment, plutonium-related heavy water work, and ballistic missile development”. Best of all, even though the US left the nuclear deal in May 2018, citing Iranian noncompliance, the US is still defined as a participant for the purpose of invoking the mechanism under Paragraph 10 of UNSCR 2231.

The Senators wrote: “The JCPOA was built to enable Iranian cheating. It disempowered the International Atomic Energy Agency’s (IAEA) inspection and reporting authorities to find violations, incentivized other parties to preserve the deal by ignoring whatever violations were found, and when necessary pressuring the Joint Commission (JC) to issue still-confidential side deals that redefined noncompliance as compliance, allowing Iran to keep more material than specified in the public version of the JCPOA.”

They explained that this allowed hundreds of billions of dollars to be transferred to Iran, allowing the Regime to bolster it’s military and terrorist activities, while their nuclear activities still remained secretive and dangerous.

The Senators wrote: “Regime officials have signalled they intend to creep towards a nuclear weapon while demanding concessions and promising to “reverse” their violations if their demands are met. We urge you to reject their nuclear blackmail.”

Schroeder urges Iran to renounce military use of nuclear power