Protests in Iran Amid Coronavirus 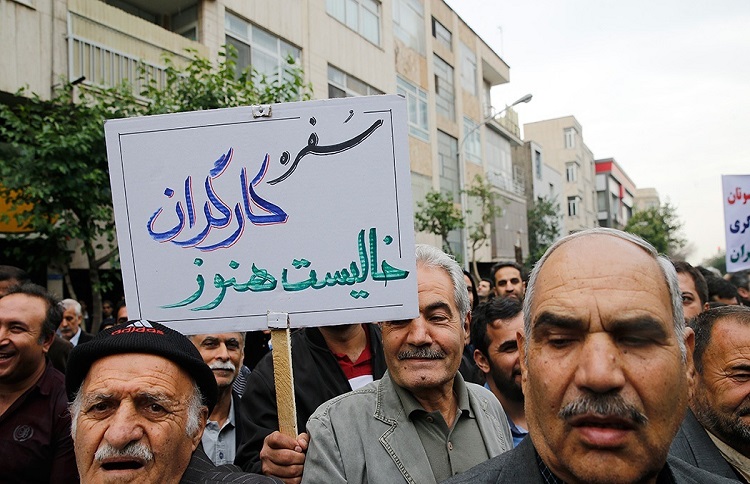 The Iranian people held various protests last week to demand better working and living conditions, even amidst the coronavirus crisis, proving just how important and needed these reforms are.

On Wednesday, public workers in Karaj’s District 3 demanded payment of their delayed wages in a rally outside the municipality building.

That same day retired teachers from across the country came together in Tehran that same day to demand responses to issues they have been raising for a long time.

During the rally, the protesters said: “It has been 19 years that we have been kept in limbo. The government housing project authorities are not carrying out their duties and refusing to deliver our homes to us. Only a very limited number of these homes have been given to their owners, and even those are full of shortcomings and many flaws. The Labour Ministry should seriously see into this matter and provide answers to us teachers about why we have been deprived of our homes for so long.”

One retired teacher said: “It has been 19 years since we joined the union in hope of having a home a one day. Most of these members are now retired and still don’t have a home.”

In addition, chicken farm owners in Sanandaj rallied outside Kurdistan Agriculture Organization to protest officials’ refusal to buy surplus chickens, the lack of poultry vaccinations, and the skyrocketing prices this caused, and officials not answering their demands earlier.

On Tuesday, nurses and medical staff from across the country gathered outside the Health Ministry in Tehran to protest poor work and living conditions, low paychecks, and delays in paychecks and pensions. They also marked International Nurses Day because it was May 12.

Also on that day, military retirees held a rally in Shiraz to protest the revocation of their land ownership certificates.

A protester told a journalist: “Seventeen years ago the Classic Army Retirees Union allocated 531 pieces of land to us in Shiraz. Many of these individuals have the documents from that time. However, officials are now saying these documents are unacceptable. Many of these people have carried out construction projects in these lands and now we have a government organization complaining that these belong to them. If so, why have they filed a complaint after 17 years?”

In Sanandaj and Kerman, part-time teachers held rallies protesting a recent reduction in their wages and the refusal of local officials to hire them on a regular basis.

The Guardian: Ascribing sinister motives to Britain has long...

AFP: Canada's embassy in Tehran said on Sunday it...