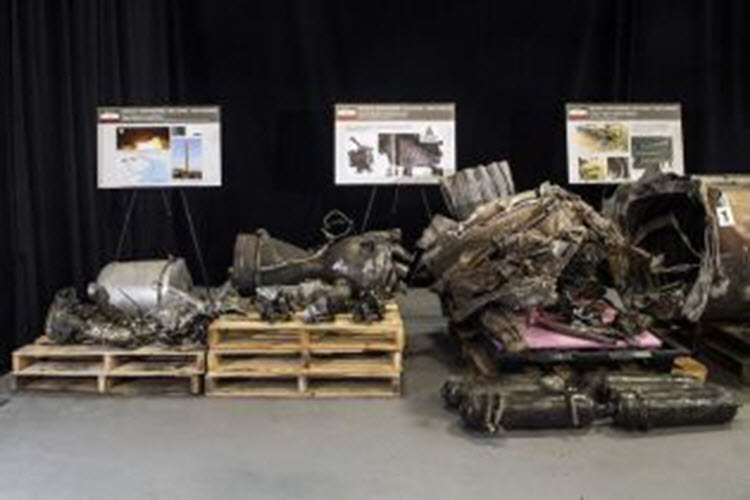 London, 02 Feb – The US showed foreign ambassadors evidence, on Monday, that the ballistic missiles fired into Saudi Arabia by Houthi rebels in Yemen came from Iran.

They showed reports from Iranian opposition groups, the National Council of Resistance of Iran (NCRI) and the People’s Mujahedeen Organization of Iran (MEK), that Iran’s Islamic Revolutionary Guard Corps (IRGC) had directly ordered the launches.

The NCRI and MEK cited sources inside the regime and said that the missiles are being built in factories affiliated with the IRGC’s aerospace division.

Their statement read: “According to these sources, the Houthis received training from IRGC and the Lebanese Hezbollah on how to handle and use the missiles.”

The groups also identified shipping companies which are facilitating the smuggling of weapons to the Houthis, in violation of a 2015 UN Security Council resolution against arming the rebels, and Iranian proxies elsewhere in the world.

The transfer of ballistic missiles by Iran also violates the resolution which enshrines the Joint Comprehensive Plan of Action (JCPOA or 2015 nuclear deal).

US Ambassador to the UN Nikki Haley brought her 14 UN Security Council counterparts to examine the evidence.

She said: “We wanted to bring the Security Council members to see the material so they could decide for themselves. We believe what the council saw today makes it clear that the evidence continues to grow that Iran is blatantly ignoring its international obligations.”

She continued: “Iran’s aggression is a threat not just to its neighbours, but to the entire world – it cannot get away with this lawless behaviour any longer. We will continue to call out Iran’s actions every chance we can until they change course and abide by their commitments.”

The items on display for the inspectors included fragments believed to be unique to Iran’s Qiam missile and debris stamped with the logo of the Shahid Bagheri Industrial Group, a US- and UN-sanctioned Iranian missile manufacturer.

The NCRI and MEK report that the Shahid Bagheri Industrial Group has three manufacturing facilities in Iran, which produce parts for ballistic missiles including the Qiam, as well as for various types of surface-to-surface missiles.

The Iran-backed Houthis have fired a number of missiles at Saudi Arabia since 2015, but luckily they have been shot down by Saudi air defence systems.

Last month, Haley held a press conference to present evidence from the Saudi government, including fragments of one shot down missile that had the hallmarks of those made in Iran.