Reuters: Iran is unlikely to become a big exporter of natural gas unless China — a crucial partner as international sanctions scare others off — can develop tricky technology to liquefy the country’s massive gas reserves. 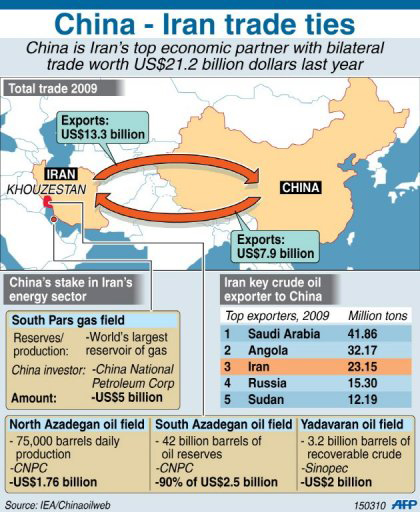 LONDON (Reuters) – Iran is unlikely to become a big exporter of natural gas unless China — a crucial partner as international sanctions scare others off — can develop tricky technology to liquefy the country’s massive gas reserves.

Iran sits on the world’s second-largest gas reserves after Russia but U.S. trade restrictions have frustrated plans to develop them for export and booming domestic demand has made Iran the third-largest consumer and a top-30 importer.

New European Union bans on supplying energy equipment make it almost impossible for Tehran to get full-scale liquefaction (LNG) technology from Germany’s Siemens, with the only other process patented by U.S. industrial giant and military supplier GE already off limits under U.S. laws.

“The Chinese have been working on this for quite some time … and if that were to happen successfully then Iranian LNG, under a dedicated China project, could still proceed but that’s very uncertain.”

One analyst said China’s interest in developing Iranian gas export projects could have been tempered by slower economic growth and healthy LNG supply from other producing countries.

Industry observers have long doubted Iranian claims it would soon catch up with neighboring Qatar, with which it shares the world’s largest gas field, and whose booming exports have made it the leading LNG exporter.

Sanctions, together with endemic delays to Iranian gas projects, have deterred western companies from dipping into the Iranian end of the field.

Two weeks after the EU banned technology transfers by European companies or citizens to Iran, Tehran finally admitted plans to build two new plants to freeze gas for export by tanker had been shelved to focus on pipeline gas exports.

“Without access to Western liquefaction technology, it will be nearly impossible for Iran to move any LNG projects forward,” Andrew Clayton, an analyst at PFC Energy in Washington said.

Even its most advanced project, Iran LNG, which began construction in 2007, is unlikely to be completed this decade.

“Under current Europe sanctions, there is a very slim chance that Iran will be able to procure key liquefaction equipment,” Siamak Adibi of FACTS Global Energy said.

“Without any improvement in the political environment, the Iran LNG project would not be onstream anytime in the future.”

Although Iran has accepted the LNG projects needed to access a global market would have to be put on hold, it remains optimistic at least publicly about prospects for exporting by pipeline to markets closer to home.

“It either involves the lifting of sanctions or way out in the future when the Chinese are capable of doing it, but you are talking 10 years away, probably,” Greg Priddy, an energy analyst at Eurasia Group in Washington, said.

Iran has not always been able to honor supply commitments to Turkey, its only gas export market to date, because its own demand often exceeds supply in winter.

Analysts say that even before the EU solidified the western technology and energy investment blockade, U.S. sanctions had effectively barred those European companies able to develop Iran’s export business from working there.

International energy companies — like Royal Dutch Shell, Total and Repsol — have resisted the lure of Iran’s vast reserves for fear of risking their sizeable North American businesses by angering Washington.

Another sting in the new EU sanctions, analysts said, was their controls on banking, making it very difficult to process any kind of Iranian transactions through European banks and stifling fuel trade.

Iran’s gas pipeline strategy, which is focused on boosting sales to EU-hopeful Turkey and to Pakistan, looks only slightly more likely to succeed than its LNG plans.

It is building a pipeline to Pakistan, with a view to ultimately exporting as far as India. But Pakistan was already struggling to finance its section of the link before floods engulfed large parts of the country, raising fears of an economic disaster to follow the natural one.

Despite not producing enough gas for consistent export to even Turkey, Iranian gas officials have said they could supply Europe through proposed pipelines like Nabucco — which is intended to reduce reliance on Russia by sourcing gas from Central Asia and even Iraq.

But analysts say the prospect of a big increase in pipeline exports to Europe remains as gloomy as Iran’s LNG plans as long as sanctions are in force. There seems little chance of that happening soon after Iran said on Monday it would push ahead with its nuclear enrichment program.

“If Europe is really worried about security of supply, is a Nabucco pipeline supported by Iranian gas really the way to do it? It does seem like out of the frying pan and into the fire,” Woodmac’s Tomnay said.