AFP: A top Iranian oil official said on Tuesday the fuel-hungry nation has exported its first shipment of domestically made petrol, three weeks after declaring it could now make enough to satisfy local needs. 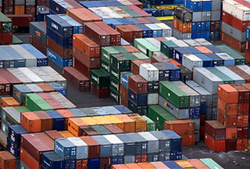 TEHRAN, September 28, 2010 (AFP) – A top Iranian oil official said on Tuesday the fuel-hungry nation has exported its first shipment of domestically made petrol, three weeks after declaring it could now make enough to satisfy local needs.

Arshi did not provide details such as the quantity of the shipment, when it was made and to whom, but added that such exports of petrol will continue.

Iran on September 7 said it had achieved self-sufficiency in petrol production after it put in place what it said was an emergency plan to meet its needs.

Iran is the second-largest oil producer in OPEC and holds around 10 percent of world oil reserves, but has been highly dependent on petrol imports because of its limited refining capacity.

Iran’s petrol imports are targeted in the latest round of sanctions imposed by world powers over Tehran’s disputed uranium enrichment programme.

Ahead of the June sanctions imposed by UN Security Council, several Western companies including Total, Shell, and Vitol stopped supplying petrol to the Islamic republic.

Since then, Iran relied on Turkish and Chinese companies to meet its daily domestic demand of 64 million litres of petrol, and Russia has also said it is ready to supply fuel to the energy-hungry country.

AFP: The United States is considering setting up a...

A giant and scary leap

Sunday Times - Leading articles: It was one of...