Reuters: Oil trade with Iran remains more difficult following tougher sanctions against the Islamic Republic, industry sources said, despite a message from the European Union that such operations are legal.

By Alex Lawler and Dmitry Zhdannikov 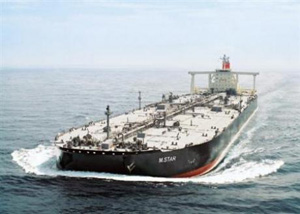 LONDON, Nov 18 (Reuters) – Oil trade with Iran remains more difficult following tougher sanctions against the Islamic Republic, industry sources said, despite a message from the European Union that such operations are legal.

Saras, an Italian oil refiner, said last week that transactions with Iran have become more challenging as banks are reluctant to get involved. Other European oil companies have made similar remarks privately.

“The banking side is the tough part. It is very tough. It has to be banks that haven’t got any kind of interests in the United States,” said an Iranian crude oil customer in Europe.

Iran is a major oil exporter and its production is equal to about 4.2 percent of daily world demand. The amount of Iranian crude sold to countries that are members of the International Energy Agency declined by 22 percent in August.

The financing hurdle follows a host of sanctions on Iran over its nuclear work passed this year by the United Nations, European Union and the United States. Tehran denies the West’s charge that it is seeking to build nuclear weapons.

The European Union said its sanctions against Iran came into force on Oct. 27 and were not intended to restrict Iranian oil dealings. But some traders say they remain reluctant to touch Iranian crude.

“I didn’t hear from any single bank that following clarifications from the EU they are happy to resume business,” said an oil trader in the Mediterranean.

The EU also said financial transfers of as little as 40,000 euros ($55,520) or more require authorisation, a move which analysts said will put a heavy bureaucratic burden on any national export control authority.

Much of all the world’s oil trade is done with the help of bank funding as banks’ cost of capital is lower than that of oil companies and trading houses.

The United States has not bought Iranian crude since 1995 as part of its unilateral sanctions against the Islamic Republic. Scrutiny by the U.S. remains a deterrent to oil trade with Iran, in the view of some traders.

“They (the U.S.) have tortured us for weeks, long after we abandoned everything,” said a trader with a company that used to deal with Iranian oil, referring to U.S. requests for paperwork on the transactions. “I have a feeling that no one cares about what the EU thinks.”

“The Russian customs would not blink a single time if I decided to resume Iranian business. Frankly, everything depends on the U.S.,” said a Russian trader.

Royal Dutch Shell and some Italian and Spanish refiners buy Iranian barrels with finance coming from Chinese and Italian banks, traders have said.

IEA data shows the amount of Iranian crude supplied to its member-countries fell in August to 1.45 million barrels per day (bpd) from 1.87 million bpd in July. August’s total is still higher than the 1.28 million bpd shipped a year earlier.

The IEA represents 28 industrialised countries. Its data excludes big importers of Iranian oil such as China and India, which are not IEA members.

Iran has maintained that sanctions will not damage its economy.

Iran’s OPEC representative Mohammad Ali Khatibi was quoted as saying on Oct. 29 that Iran’s oil trade with China and Japan had fallen only temporarily, and crude importers could not avoid buying from Iran. (Editing by Jon Hemming)