Reuters: Iran’s central bank has cut the interest rates that banks can pay on savings and charge for loans, in a move aimed at spurring growth but which has upset the growing private banking sector. 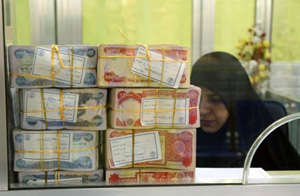 TEHRAN, April 12 (Reuters) – Iran’s central bank has cut the interest rates that banks can pay on savings and charge for loans, in a move aimed at spurring growth but which has upset the growing private banking sector.

Central bank Governor Mahmoud Bahmani told banks to “slash their lending rates to 14 to 17 percent from 26 to 28 percent,” the official IRNA news agency reported on Tuesday.

“The aim of the decrease in interest rates is to help output and industry in order to decrease the final prices of products and to control and manage imports,” Bahmani said.

The central bank, whose edict covers public and private sector banks, also decreased the interest rate for long-term savings to 15 percent from 17 percent.

Analysts say the move is an attempt by the state to extend its control of the economy, including private banks which have only been in existence since 2001. Before then, only state banks had been allowed to operate after the 1979 Islamic revolution.

The latest directive has sparked anger in the private banking community that fears the rates will not allow them to turn a profit.

The Association of Private Banks has written to Bahmani to call for the new measure to be reviewed.

“We are not comparable to governmental banks, we should determine these rates ourselves,” the head of one private bank told Reuters on condition of anonymity.

Bahmani defended the central bank’s move. “There were lots of economic experts and activists who insisted on decreasing the interest rates and now that the plan has been submitted they criticise it,” he said.

President Mahmoud Ahmadinejad vowed to make loans cheaper for Iran’s poor when he campaigned for his first term in office in 2005.

Bankers fear that lending at the newly lowered rate would effectively be a loss-making proposition as the return could be lower than real inflation.

Iran’s official inflation rate was 12.4 percent during the last Iranian year which ended on March 20, still much lower than around 30 percent in 2008, but many Iranians believe real inflation is much higher than the official figure.

“The announced interest rate is not in line with current inflation,” the private sector bank head said.

Inflation has been rising steadily from a 25-year low of 8.8 percent in August, even before the government started slashing subsidies on essentials like food and fuel in December, a policy some economists say could lead to much higher prices.

Ahmadinejad’s government has called the subsidy reform the biggest “surgery on the economy” Iran had ever experienced. The first phase of the plan slashes $20 billion of subsidies on food, gasoline, electricity and natural gas.

The International Monetary Fund has predicted zero economic growth for Iran, as the oil-rich Islamic Republic deals with constantly tightening economic sanctions over its nuclear programme. There are no recent official growth statistics from Tehran. (Writing by Mitra Amiri; editing by Stephen Nisbet)

UPI: U.S. travelers now more than ever should avoid...