Reuters: India and Iran’s mechanism to end a seven-month-old stalemate over oil payments could keep U.S. pressure at bay long enough for the two countries to work out a long-term separation that would change oil routes through Asia and the Middle East.

By Nidhi Verma and Krittivas Mukherjee 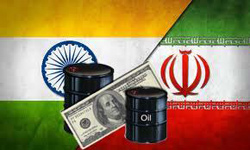 NEW DELHI, Aug 3 (Reuters) – India and Iran’s mechanism to end a seven-month-old stalemate over oil payments could keep U.S. pressure at bay long enough for the two countries to work out a long-term separation that would change oil routes through Asia and the Middle East.

Refiners, which have been importing oil from Iran without paying since India’s central bank scrapped a clearing mechanism in December 2010, have started to clear over $5 billion of debts for 400,000 barrels per day (bpd) through Turkey’s Halkbank.

But analysts are sceptical over the durability of the new system in the face of a slew of global sanctions on Iran and Washington’s continuing drive to isolate Tehran over its nuclear programme.

“The durability depends on to what extent the U.S. government can be open on its support for a mechanism,” said Samuel Ciszuk, senior Middle East & North Africa Energy analyst at IHS Energy.

The Reserve Bank of India’s decision to halt use of the Asian Clearing Union for payments seven months ago won praise from Washington and a later attempt to use a bank based in Germany fell apart after the U.S. pressed Berlin to intervene.

It is unclear how Washington views the new payment arrangement, finalised while Secretary of State Hillary Clinton was in India. Officials said Washington had been working with New Delhi to find a solution.

Clearing the debts should defuse Iran’s threat to halt supplies and ease concern of disruption in the market. The mechanism gives a pivotal role to Turkey, which Clinton last month said was a natural ally despite its trade ties to Iran and opposition to more sanctions.

“While Turkey would be open to scrutiny (if the U.S. wants), it will not allow unreasonable blocking — so that’s a good combination. Turkey and Iran have flourishing trade,” said Kanwal Sibal, a former Indian foreign secretary.

But any softening in Washington’s stance could be short-lived, analysts said, as the U.S. would send a signal that endorses one form of trade with Iran while it seeks to sanction others.

“The problem for the U.S. government is that the more openly it supports a particular mechanism, the less credibility its efforts to isolate Iran in other areas enjoy and the higher the domestic political cost,” said Ciszuk.

“Any particular conduit is unlikely to have a particularly long life-span in the current climate and within six to nine months it would be likely that Iran and India will have to move on to a new mechanism,” he added.

Indian refiners had already started making arrangements in July and August to replace lost barrels from Iran with supplies from its Middle East neighbours and further afield such as South America, and there are signs these efforts will continue.

Iran’s biggest Indian client, Mangalore Refinery and Petrochemicals Ltd , has signed an annual deal with Kuwait and opened channels of discussions with the United Arab Emirates for enhanced supplies.

“Depending on Iran may create a problem in future because Iran is going ahead with its nuclear programme … Suppose there is military intervention by a country in Iran, the entire supply from that country will be disrupted,” said D.H. Pai Panandikar, head of private think tank RPG Foundation.

He added that India was looking at other sources, particularly in Africa and the Commonwealth of Independent States (CIS), besides the Middle East. Latin American grades could be too costly, given the distance involved, even if Indian refineries upgrade to process them.

For Tehran, backlogs of its crude could be put in floating storage and may eventually flow to its biggest customer, China, where rising needs over time might absorb what was being shipped to India — especially if attractive discounts are offered.

Stagnant demand and the likelihood of sanctions would make it progressively more difficult for European companies to raise intake of Iranian oil. Italy is already reducing volumes.

“My feeling is that this is a short-term (arrangement) to get rid of the $5 billion (arrears),” Sibal said. (Additional reporting by Alejandro Barbajosa in SINGAPORE; Writing by Jo Winterbottom; Editing by Michael Urquhart)

AFP: The United States on Wednesday warned that it...